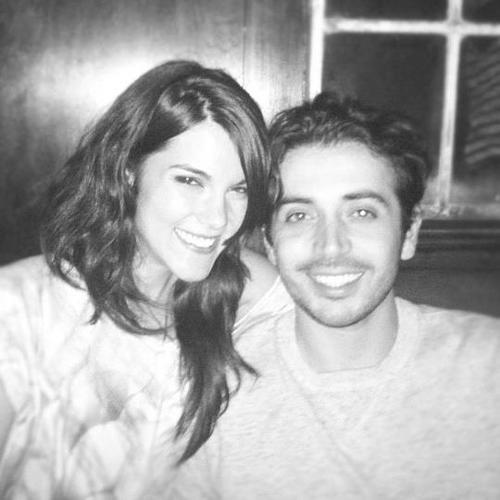 LOS FELIZ—About a year ago, USC student Jon Salmon, faced with a class assignment and a next day deadline, turned to friends, Abby Fuller and Rafael Pulido, to help with his last-minute project. Their unofficial music video for the MGMT song, “Kids,” is now an internet sensation with more than 10,000,000 plays on YouTube. To put that into perspective, the Grammy winner for record of the year, “Please Read the Letter,” has had about 126,000 plays.

It started when Jon had to cram a video project together for school and asked his two classmates to help. Although, Abby and Rafael are complete opposites, they work together in the Los Feliz band, ABRA.

Abby jumped at the idea because she had a crush on Jon, whereas Rafael was more hesitant but agreed so long as they were unrecognizable. They each did their sets in less than two hours with black and white face paint that is noticeably drying up in the video itself.  “Make-up took one hour for Rafael and an hour and a half for Abby,” explained Jon. 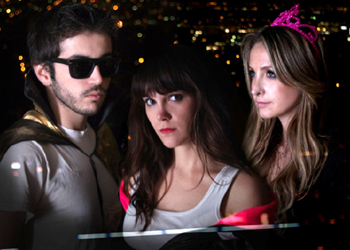 Jon used Christmas lights to give the video a magical feeling and he filmed it right in his front yard.  The aspiring director stayed up all night editing the video with cuts found on YouTube from Charlie Chaplin, Brazilian dancers and a dancing weatherman.  Jon picked the song, “Kids,” because he liked the nostalgia for childhood the song provides.

At first, Jon put the video on Facebook. Rafael told him to take it down out of embarrassment.  Then Jon posted the video on YouTube without telling anyone. Abby and Rafael found out about the video’s existence on YouTube when MGMT contacted Jon and asked them to be in their next music video for a song called “Electric Feel.”

The video is magnetic and mesmerizing. YouTube posters claim to watch it again and again. Jon credits the Internet and its expanding technology for the video’s success.  “If it wasn’t for the Internet, the video would have probably just gotten lost,” said Jon.

Abby explained what the video’s popularity has meant to her.  “The YouTube plays don’t mean that much, but since our MySpace page went up, I got a lot of great messages.  People tell me there are times they might be down, but then they watch the video and it gets them excited.”

ABRA’s music can be found on their MySpace page, which is “abrafever.”  The groups name is derived from Abby and Rafael’s name but often translated into “Magic” by their fans in Taiwan. The two were joined by Elena Torres. Currently, they are exploring different types of music and trying to find a more specific identity than just being music video actors.

ABRA plans to put away the face paint and complete their next album by May or June. Jon, Abby, Rafael, and Elena all have grand aspirations.  However, this accidental class project posted on YouTube is nothing less than what their name describes…magic.