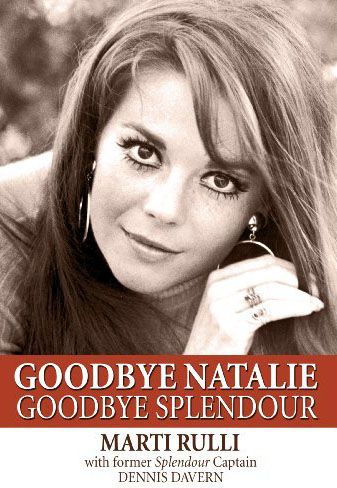 BEVERLY HILLS—The recent tell-all “Goodbye, Natalie, Goodbye Splendour” was a book that I had anticipated with great interest. One of the most incredible unsolved mysteries is that of Natalie Wood’s death. Though officially closed, the case remains in speculation by her millions of fans and her sister Lana Wood, who has written her own book about her famous sister’s life and death and even R.J. Wagner penned his story last year about the tragedy and gave his explanation of what occurred during the outing on their yacht The Splendour just before Natalie’s drowning.

Author Dennis Davern goes into too many details about his own life and past without getting into the life of the super-star actress who won over critics with her performances in “Rebel Without a Cause” and “Westside Story.” Surely much of Davern’s plan was to make the reader familiar with himself before going into his theories of her death and his first-hand knowledge of the arguments that occurred on the yacht before Natalie went missing.

Davern makes a chilling statement when he describes the moments after the actress was missing, in which he suggested turning on the search lights and says Wagner allegedly told him not to do so. I must admit it was intriguing to read but if you are looking for a bombshell or smoking gun, this book takes the reader no further to figuring out who if anyone caused the beauty’s death. If anything, this book like all the others with the exception of Lana Wood’s “Natalie: A Memoir By Her Sister” leaves more questions than answers and take the reader no closer to the truth.

This book has some great stories but it’s not what it was purported to be in my opinion. Davern’s life has taken some ups and downs and I’m sure he is a good person, but fans simply want to hear the unknown details of what occurred and not a lot of speculation. He describes listening outside of the famous couple’s stateroom while they argued, but reports no details of the actual argument or what was said by the parties. He also speculates Wagner was jealous of actor Christopher Walken who Natalie invited on the yacht as well. He thinks R.J. was jealous? What are the facts? That’s been told before by many others, but no one has brought concrete proof to the table and therefore speculating about Wagner’s possible involvement is neither fair to him, his children and family.

Here’s hoping no more books about the death of Natalie Wood will be written until one of the three men on the yacht is ready to tell the truth and all of it. R.J. Wagner and Dennis Davern have both claimed to tell-all and we know nothing more than we did before. The only one left that has shown no interest in writing a book and has kept his mouth shut for decades. Though I’m sure Mr. Walken will get a great deal from a publisher in the future and here’s hoping that he tells more than we’ve heard thus far.

This book is not going to interest true Natalie Wood devotees and doesn’t bring anything new to the discussion of Wood’s death.