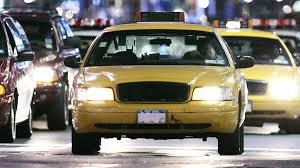 In a letter to the mayor and City Council, Director of Finance Carol Swindell notified the council that “staff has received numerous requests for information from the council, public, taxicab companies and the press” regarding the rankings given to the 13 taxicab companies, as well as “the weight of the various factors that were considered by the committee in its evaluation.” Previously, any taxicab company operating within Santa Monica was asked to submit a written proposal to the council for a franchise opportunity. Due to “summer scheduling conflicts” with the council, the initial consideration of the franchise awards was postponed until September, according to Director Swindell’s letter. This led to an outpouring of response requesting the franchise consideration rankings deliberated upon by the council in June.

The highest weight of consideration was given to “proof of financial viability,” “experience in providing taxicab services during the last 10 years” and “proposed business and management plan,” each receiving 20 percent of the criteria weight. The next criterion, receiving 15 percent weight, was “fleet composition,” which also took into consideration the number of low-emission vehicles a company uses. “Local preference” followed with an 8 percent weight, and several smaller criteria made up the remaining 17 percent.

“Based on the written responses provided by individual taxicab companies and the weighting of criteria,” the five companies receiving franchises, in descending order, are as follows: Metro Cab Company, Yellow Cab, Independent Cab Company, Bell Cab and Taxi Taxi. Metro Cab finished on top with a cumulative rank of 79.04 percent.

According to the letter, the finance committee will return to council with a proposal in September to award the five taxicab companies with franchises, and a public hearing will be scheduled in “late October or early November.” Director Swindell states that the new franchises could be in place by January 1, 2011.