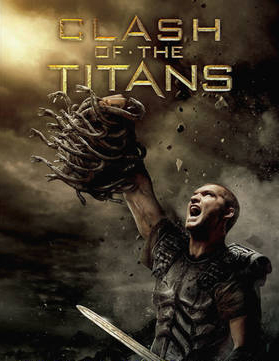 HOLLYWOOD —“Clash of the Titans” is a film that stars Sam Worthington, and it is his first foray after the mega popular and successful “Avatar.” This is truly Worthington’s chance to prove to the world and Hollywood that he’s a bankable star and not just a part of James Cameron’s success and vision. Worthington, who is one of the most gracious of new stars in the Hollywood system plays Perseus in the film that also has heavy hitters costarring with him. From Liam Neeson as Zeus and Ralph Fiennes as Hades, the film has enough solid names behind it to get people in the theaters. However, the person they will be looking for in this film is rightly the leading man in Worthington. What they will find is an incredible performance by a man who proves he can do much more than spray paint his body blue and act opposite extreme special effects.

This film is filled with the special effects wizardry of director Louis Leterrier. A solid storyline by screenwriter Travis Beacham, it revolves around the mortal son of the god Zeus, who now embarks on a perilous journey to stop the underworld and its minions from spreading their evil to earth as well as the heavens. Neeson plays the role of Zeus much like he should. He’s always considered the hero in most of his pictures and Fiennes the heavy in his. Both Fiennes and Neeson are incredible opposite all of the stars in the movie, but Sam Worthington steals the scenes from these seasoned veteran actors and proves he’s got what it takes to carry a story in a film.

Don’t get me wrong. The storyline is not lofty like “Avatar,” but it’s similar in its melodramatics and lofty out of this world meanings. All of the acting is superb, and also a standout performance is Luke Evans as Apollo. All of the childhood stories are incorporated in a tale that is far-fetched but one that is fascinating to live in for almost two hours. Sam Worthington is well worth the price of admission and popcorn. Don’t expect to leave the theater as moved by the storyline as fans were by Worthington’s previous film, but expect to be entertained and that’s what it’s all about.

“Clash of the Titans” gets Three and a half stars out of Five. The film opens on Friday, April 2, in theaters around the country.