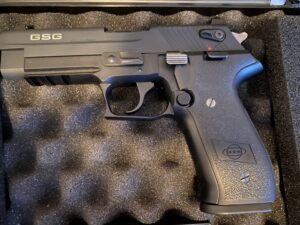 In part one of this article (28-Nov-20), I reviewed a few select fallacies with some of the existing firearms laws and regulations.  While the article only included a few select examples, there is virtually a limitless list that I could have included.  I will openly admit that there is an ongoing, and ever worsening problem with gun related violence in our country.  I am, however, an active supporter of law-abiding citizens retaining and exercising their rights under the second amendment and have assisted many individuals in doing so safely.  While I would actively support legislation that, in my opinion, would address the increase in violence, I see no purpose in useless laws that only inconvenience law abiding citizens.

One of the first steps to addressing this is to evaluate the situation and determine where this violence is happening.  While “mass shootings” are undoubtedly horrific and get large amounts of media coverage nationally, several major cities are dealing with gun violence that is a common daily occurrence.  The death and destruction that comes from these daily events takes an overwhelming toll on everyone involved and presents an exponentially greater threat to our society than outlier mass shooting events.

One major point against making it more difficult to purchase firearms is the fact that so many of the firearms used in crimes are not purchased legally or through official channels.  These guns are often purchased illegally, stolen, or even bartered in trade in illegal circles.  The individuals who acquire weapons in this manner are typically those with criminal histories that would otherwise preclude them from purchasing a firearm legally, thus they have no legal right to own or possess a firearm.  Simply stated, they are knowingly breaking the law by just acquiring a gun.  A second, but related concern would be individuals who are in possession of firearms with altered or obliterated serial numbers. Altering or defacing serial numbers is typically done by criminals to conceal the fact that a firearm is stolen. While there already are penalties for these crimes, they are obviously not significant enough to thwart the people committing them.  Significantly increasing these penalties could decrease not only the supply, but also the demand for illegal firearms while not having a negative effect on anyone who is lawfully allowed to own a firearm.