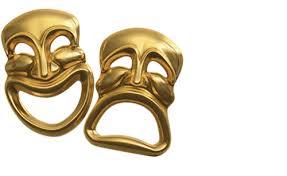 HELLO AMERICA!â€”Young Coriano Harris is a very ambitious, realistic and talented actor.  While attending college in San Francisco, he was fortunate enough to appear in several musicals as well as dramas receiving critical acclaim.

Following graduation he headed for Hollywood and that opened up anew set of realities. Harris decided he would learn as much as possible and then test it out in a lesser demanding venue. The journey might help him to determine what his future might demand on a professional level.

MSJ: After a few years studying the craft of acting in Hollywood, was it difficult to work with other actors in a place like Seattle?

CH: Come on, actors are pretty much their own exclusive group no matter where you’re at. Method actors… It wasn’t difficult. In Los Angeles, I was exposed to so many acting styles and personalities that I learned how to not only work with actors but the industry in general.

MSJ: What were some of the things did you learn while working in plays and improv sessions in Hollywood? CH: I’ll start by saying; I’ve learned that Hollywood isn’t for beginning actors. It’s a place for establish working actors.

Hollywood has no time to train nor develop you.  Now that I got that off my chest, Hollywood has helped me to be confident and comfortable with auditioning. Improv has opened my eyes to taking risks on stage and/or in front of the camera. With a lot of poorly written scripts floating around these days, the actor has so much pressure to make his or her character believable. And I believe taking risks helps.

MSJ: How have you changed as an actor since taking time out to explore the theatre in other places?CH: I have reconnected with the reason why I feel in love with acting.  Theater!  I believe itâ€™s the only true place to act. Even though you get guidance in rehearsal, once the curtains open, it’s all you. What a great feeling to have control over your character! And hopefully everyone will connect and enjoy the direction you choose for your character.  Recently, I was a play where we have a garage band onstage while performing. It was a challenging yet rewarding experience.

MSJ: When you return to Los Angeles will you pursue more theatre work as an actor or will you continue working in film and why?

CH: Let’s be honest, Los Angeles is Film and TV, so yes, I would definitely focus on Film and TV. However, I will take a more proactive role in getting on stage. Maybe even look at New York.

George Glooney even though he is paying more attention to his personal life these days, he doesn’t forget to mention his production company on the Warner Brothers lot. When last speaking with the star, he quickly reminded me that he is still looking for story properties that represent the kind of drama or challenges for survival that most people experience every day.  “I want to produce stories of passion and hope. Sure the films filled with monsters and the like are popular but there is room for simple human interest challenges — ones that make people leave the theater feeling life is not so bad after all.

The actor’s “Smoke House” production company along with his partner Steven Soderburg are making great plans in film production during 2015. “We are very excited about the future of our company,” said. “We just want to give the industry more balance and it’s the kind of challenge we look forward to.”