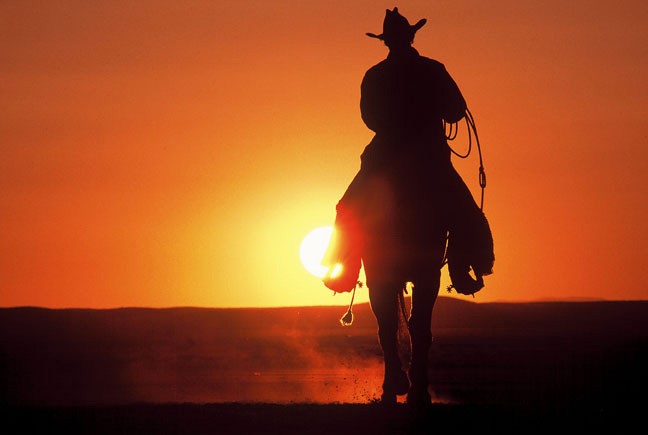 MALIBU—Dale Rickards wore many hats, including a 10-gallon one. Rickards, a former police officer and trick horseman, passed away at the age of 88 just before 2010, on December 29, 2009.

Rickards was a retired police officer and for many years had been active in pursuits both in Los Angeles County and neighboring Ventura County. Rickards served as a soldier in WWII, where he was a member of the US cavalry.

Rickards was known for his enthusiasm for horses, stunt cart driving, horse riding for movies, and upholding the law during a nearly 30-year career as an officer in the Los Angeles Police Department.

Rickards owned a ranch in the hills of Malibu at the time of his death and had worked driving wagon teams and wrangling for the television show “Little House on the Prairie.” His ranch was known as a Western-themed destination for photographers or filmmakers who needed a convenient and correctly deemed destination for anything Western. Rickards also played a major organizational role in the annual Conejo Valley Days celebration, officially retiring in 2006.

In a 2008 special editorial in The Acorn, Rickards wrote about his time working as a police officer and about being an animal enthusiast around Los Angeles and Ventura County. Rickards wrote that he served the LAPD for 27 years, for the last 20 of which, he “also served as a mounted officer.” He noted that the Horse Detail was a job which required him to work only on holidays and weekends, which he liked, as it allowed him to “work other details, which encompassed about all of the jobs the department had to offer.”

He was stationed at the San Fernando Valley’s Hansen Dam Park, where he wrote that he dealt with much crime, and his “most exciting and trying crimes happened between the ears of a horse.”

In his editorial, Rickards wrote fondly of his former mule and horse, who brought many fond memories into his life. “If I get to heaven, and I’m sure planning on it,” he wrote, “I’ll find Smokey and Minnie Poo standing in green grass up to their bellies, waiting for me.”