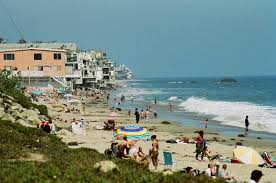 MALIBU—On October 30, a crashed vehicle was discovered abandoned at Malibu’s Corral Beach early in the morning on the Pacific Coast Highway, according to the Los Angeles County Sheriff’s Department.

The damaged car was found in the surf at approximately 6:45 a.m. by sheriff’s deputies, and had evidently fallen at around 30 feet from a cliff on PCH.  No occupants were found inside the vehicle, but the driver was later located at a hospital, where he was treated for non-life-threatening injuries from the apparent accident.

The 51-year-old man, a Bellflower resident, had received tests at a hospital and was found to be under the influence of alcohol at the time of the incident, according to investigators. However, the precise cause of the incident has not been disclosed.