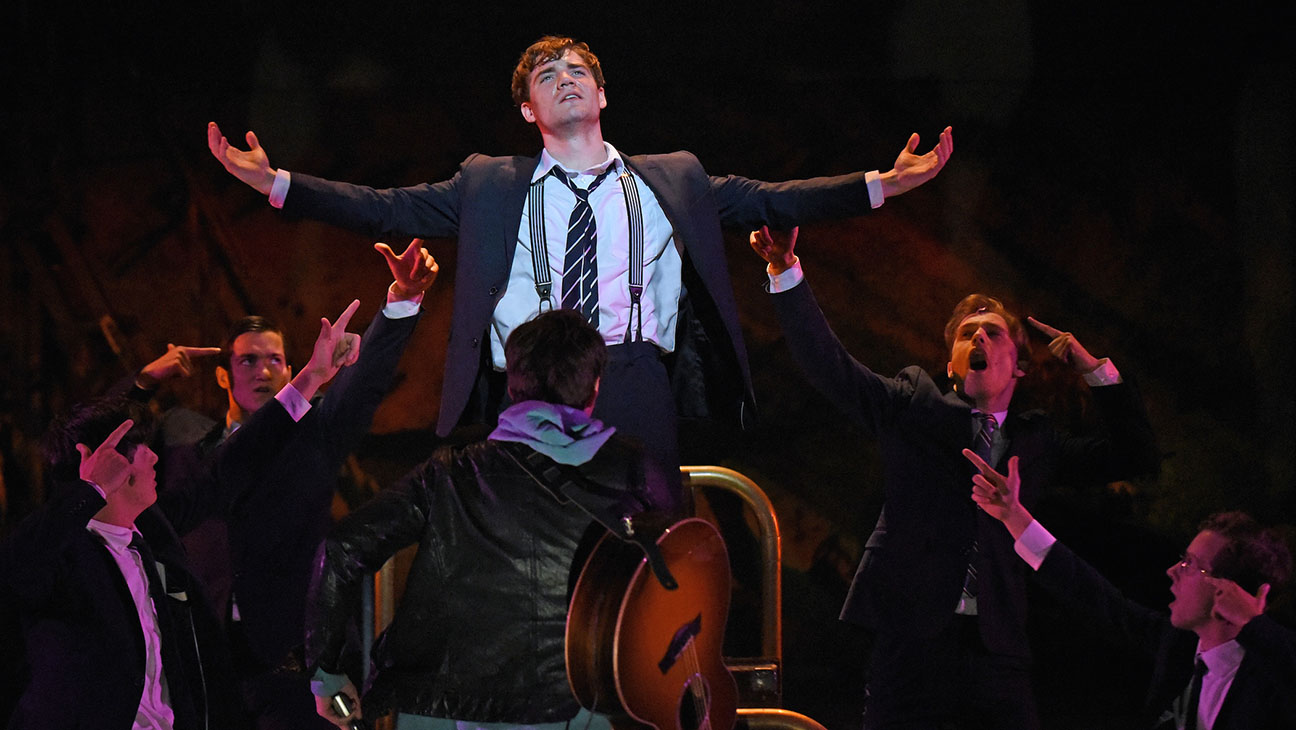 NEW YORK, NY—Following a successful 2014 tour in their home town of Los Angeles, the Deaf West Theatre Company will head to Broadway for the second time with their production of the eight time Tony Award-winning musical, “Spring Awakening.”

A year after spending a season at the Inner-City Arts’ Rosenthal Theatre in Downtown Los Angeles and the Wallis Annenberg Center for the Performing Arts in Beverly Hills, the Deaf West Theatre company will return to the theater world’s most acclaimed location. The company first saw success on Broadway with their 2003 revival of the the seven time Tony Award-winning musical, “Big River.”

Deaf West Theatre, Inc. is the first resident theatre company in America that was founded and operated under the direction of a deaf artistic director, Ed Waterstreet. Waterstreet founded the company in 1991, and since then, its physical office and theatre complex on Lankershim Boulevard has remained a prominent member of the NoHo Arts District community.  It provides deaf artists and both hearing and deaf audiences an avenue of exposure and access to professional theater.

All Deaf West Theatre productions feature casts that have both deaf and hearing actors, performing the pieces of theater in American Sign Language with a simultaneous spoken English translation.

With musicals, these productions can particularly difficult, as they often require the actors to use visual cues in order to ensure that all dances and stage choreography are accomplished in synchronization.

“The simplest things like getting everybody to take a step on their right foot in the same moment can be very difficult when half your cast can’t hear,” said choreographer Spencer Liff, in an interview with Playbill. “You have to have hearing cast members in viewpoint of all the deaf cast members to take cues off them.”

“The play is all about the fraught relationship between parent and child, about navigating the world without strong guidance,” Deaf West artistic director David J. Kurs told Playbill.  “The inability of the characters in Spring Awakening to connect to and communicate with their parents is similar to the experience of many deaf children.”

The cast for Deaf West Theatre’s Broadway production will include deaf actors such as “Switched At Birth” star Daniel Durant, Sandra Mae Frank and Joshua Castille, who all performed with the Los Angeles tour. The cast also features prominent hearing actors such as Oscar Award winner Marlee Matlin, Golden Globe Award winner Camryn Manheim, and “Smash” stars Krysta Rodriguez and Andy Mientus. Mientus is currently starring in the Los Angeles production of “Bent,” a play about the Nazi persecution of homosexuals during the Holocaust. The production will be running at the Mark Taper Forum in Los Angeles until August 23.

Tickets are extremely limited, as the show will run only 18 weeks and close on January 9, 2016, with no possibility of an extension.  To purchase tickets or find out more information, visit www.SpringAwakeningtheMusical.com or www.DeafWest.org.