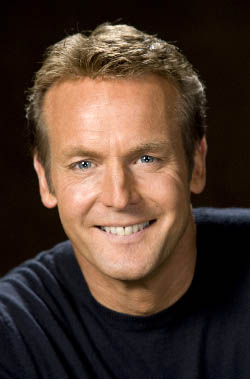 HOLLYWOOD —This week Canyon News spoke with Doug Davidson, who portrays private investigator Paul Williams on the CBS daytime drama “The Young and the Restless.” It’s no surprise to viewers that Doug is a superb actor, and for fans who have known him as long as I have, he’s known one of the most amiable guys in Hollywood. Doug embraces the stardom that he’s achieved from playing such a pivotal role on “Y&R” all of these years. “Star, Tommy? I don’t know about that, but thank you. I feel like a very lucky actor in Hollywood. I’ve had a wonderful job all of these years and working for the Bell family has been an amazing ride. I also miss working with Laura lee [Bell], who played my sometimes wife Christine,” said Davidson. Sometimes wife, but always friend. Both on and off-screen the friendship that budded from their incredible scenes together help propel “Y&R” to the number-one rated status it has held firmly for 21 years and counting.

“I have enjoyed working with so many of my costars on the show. We have watched each other’s children grow up,” said Doug. “I sometimes cannot believe how fast the years have gone. Seems like just yesterday Paul and I were just starting on the show. Bill Bell was a great boss and now his daughter-in-law Maria [Arena Bell] is helming the show, so it’s still in good hands.”

In 1980 Paul Bill Bell kicked off “Y&R’s” going to a full hour soap by giving Doug a major storyline surrounding April, the mother of Heather. Later Paul was asked to go to NYC to help April in a very dramatic storyline surrounding April’s husband’s death.  Heather may have not been a part of Paul’s life always, but fast forward to the present, Paul is now in his beautiful daughter Heather’s life.

“Vail Bloom did an excellent job as Heather and trust me, she’s going to become a huge star. She’s a superb actress that has really grown in the role. Though the recast was a surprise to me, Eden Riegel has taken over the role and I’m looking forward to working with her as well. They both are spectacular young ladies and I’m very lucky to be working with Eden as I was with Vail.”

Doug has been happily married to actress Cindy Fisher since 1984. The duo compliment each other, since they prove that opposites really do attract. “Cindy’s a bit more cautious than I am. I suppose that’s what has kept me out of trouble all of these years, Tommy,” said Doug. A lover of the water, Doug majored in marine biology, at Occidental College. He sails as often as he has the time. Though working on the number-one daytime drama “Y&R” is his priority. “I have made my intentions known to our producers and writers. I love my job, I love Paul Williams and playing him has been a great opportunity for me. Maria Bell brings a different style to the show and it sure is working. We’ve been really lucky over the years to have such great writers and producers and I’m excited about the future and where this may all lead,” concluded Davidson. Davidson was on the short list to take over the reigns of “The Price Is Right,” which shoots across the corridor from his “Y&R” set. If anyone could do it all, it’s Doug.