UNITED STATES—An infant born alive in a dismemberment abortion 23 years ago in Russia has shown viability for infants born-alive in late-term abortions.

The child’s mother, now known as Apryl Hoot was 24 weeks pregnant at the time and the infant was born alive, but lost his legs to abortion. The child goes by Nik Hoot and Canyon News spoke to Apryl Hoot. She and her husband, Marvin traveled from America to Russia. Apryl told Canyon News how she and Marvin chose Nik to be the newest member of their family. 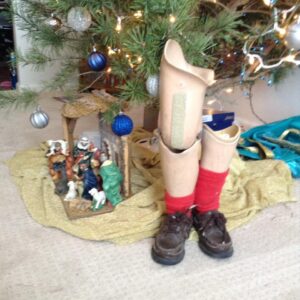 “There were tons of sites with photos of kids available for adoption. That’s how I learned how to navigate the internet. If you found a child that spoke to you, you could contact the listing agent for more info. There was a boy about a year old that reminded me of a Christmas elf named Anton. I contacted the agency and they sent me a video with him with three or four other kids. Anton weighted eleven pounds. It was clear he had issues, probably fetal alcohol and possible CP. Nik was the last child to pop up on the video. Bright eyes and a smile that was killer, but he was just short of a year old and he had no legs. We said no because, a woman in her mid-forties, adopting a baby? We wore that video out watching it. On respect life Sunday, Father Glenn said we have to respect all forms of life, even those with disabilities. My husband and I started laughing to the bewilderment of those around us. I made the call the next morning, and they started work on his passport. He was home 9 weeks later at 15 months old and I was back in the diaper business.”

Apryl went on to say that her husband traveled with her to Moscow for the adoption or the judge would not hear the proceedings. He left for home soon after, and Apryl spent Christmas in 1997 in Moscow with baby Nik, and flew home to join the rest of the family on New Year’s Eve.

According to his “Living Proof” page managed by his mother, Nik learned to use his prosthetic legs quickly and loved playing sports as a child.

Nik still has daily reminders of bruising and soreness associated with prosthetics. He is doing what he enjoys most, which includes landscaping and some coaching for the junior high wrestling team. 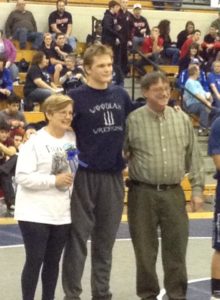 “First of all my son sees himself as a normal human being and doesn’t understand what all the fuss is about. I see him as an inspirational young man who is slated to be his adoring special needs little brother’s guardian if something should happen to us. I know plenty of able-bodied people who are far more disabled. He is proof positive that whatever you want to label you want to place on a preborn, they are human beings and deserve respect,” said Apryl Hoot to Canyon News.