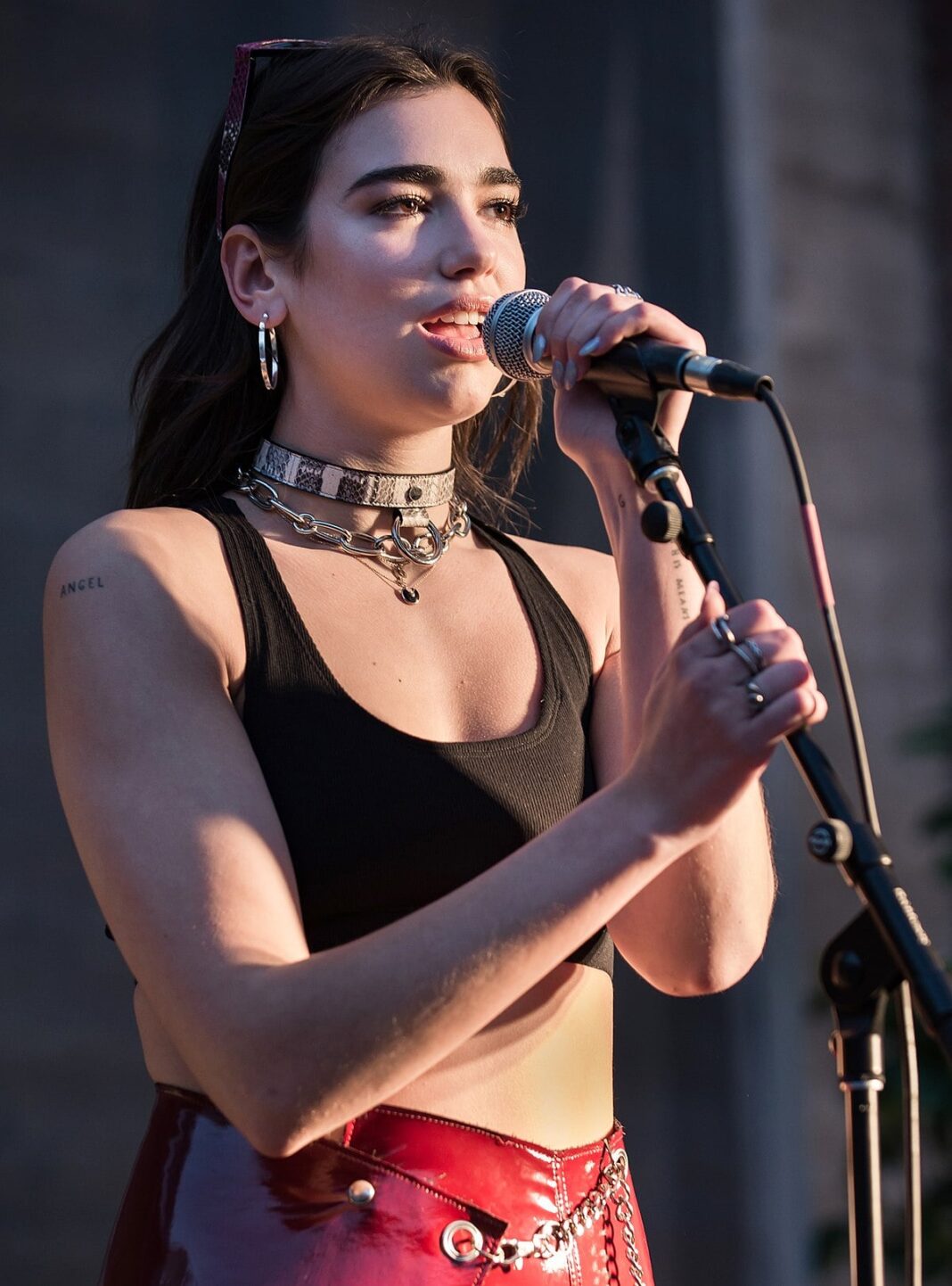 HOLLYWOOD—Not hard to believe that Dua Lipa’s Future Nostalgia was one of the biggest selling release of 2020 in the UK. Two of her singles, “Physical” and “Don’t Start Now,” were among the most popular. Besides, Dua Lipa, Ed Sheeran, Ariana Grande and Sam Smith were among the top 4 sellers. Dua Lipa who has over 67 million followers on Instagram, posed in a pink bikini and a cowboy hat just a few days ago, to let her followers know she is summer ready.

The 25-year-old “Levitating” singer cooled off in the pool, to soak up some Vitamin D. She’s super active on Instagram. The singer was also spotted on a coffee run with her 21-year-old boyfriend Anwar Hadid, in Los Angeles on June 4. The couple has mostly kept their relationship out of the spotlight since they started dating back in 2019. Last month she posted a photo of herself with a horse in his stable. It was super clear that she was at the Hadid farmhouse in Pennsylvania with Anwar.

Dua Lipa, who was born in London, England, has taken both the UK and the United States by storm. Back in 2013, Lipa signed a contract with Tap Management, directed by Ben Mawson and Ed Millett, while working as a waitress in a cocktail bar. She then went on to co-write the song “Hotter than Hell,” which would eventually lead to her signing a record deal with Warner Bros. Records in 2014. Warner Bros., needed a big female pop artist, enter Dua Lipa. In August 2015, Lipa released her first single “New Love,” produced by Emile Haynie and Andrew Wyatt. Her second single, “Be the One,” was issued to European success in October 2015.

On February 2016, she released her third single “Last Dance,” followed by “Hotter than Hell” on May 6.Throughout the year, she continued to release singles. In August 2019, she partnered with brand Yves Saint Laurent to endorse their fragrance Libre. The following year, she was named global ambassador of the French mineral water brand Evian. Four months ago, she released a single titled “We’re Good,” along with “Future Nostalgia: The Moonlight Edition.”

The Berlin Music Video Awards published a list of nominees for 2021 and she received  a nomination for her music video “We’re Good.” The video is nominated among other nine applicants in the Best Visual Effects category. The VFX artists behind “We’re Good” are Vania Heymann and Tal Baltuch. Lipa released the song “Can They Hear Us” from the soundtrack of the film  Gully on June 4, 2021. Her native language is Albania and she speaks English with a British accent.

Her first name “Dua” was her grandmother’s idea and means “love” in Albania.

It must be the love for a grandmother. Prince Harry, Duke of Sussex and his wife Meghan named their daughter Lillibet “Lili” Diana Mountbatten-Windsor, on June 4, 2021.

The couple revealed that their daughter’s name honors two important women in Harry’s life: his grandmother, the queen, and his late mother, Diana, Princess of Wales. Lilibet is a nickname members of the royal family sometimes use for the queen, specifically her husband, Prince Philip, who passed away at the age of 99 in April. According to published reports, a palace spokesperson confirmed that Harry did indeed inform the queen of his and Meghan’s naming plans before Lili’s birth.

Rose’s Scoop:  Tribeca Film Festival is in full gear, it began today on June 9 and will run through June 20.  The UEFA Euro 2020, which was canceled last year due to the pandemic will kick off  June 11, with Turkey against Italy.  The final Euro Cup will take place on July 12, 2021. The current reigning 2016 champions, Portugal are in the group of death. They will need to win their first game Tuesday June 15, against Hungary. Good luck to all teams.