EL PASO, TX—A gunman opened fire inside an El Paso, Texas Walmart near the Cielo Vista Mall on Saturday, August 3, killing 22 people, and injuring 26 others. According to reports, gunfire was reported at 10:39 a.m. inside the retail giant, where Patrick Wood Crusius, 21, opened fired on unexpected shoppers. He was taken into custody and is being charged with capital murder. He was booked at the El Paso County Detention Center. The shooting is being investigated as a case of ‘domestic terrorism.’

As of 5:00 p.m. on Sunday, August 4, the El Paso Police Department reported that the bodies of all of the victims were removed from the crime scene.

KVIA ABC 7 reported that of the 11 victims brought to Del Sol Hospital following the shooting, eight are in stable condition, while three others remain in critical condition. 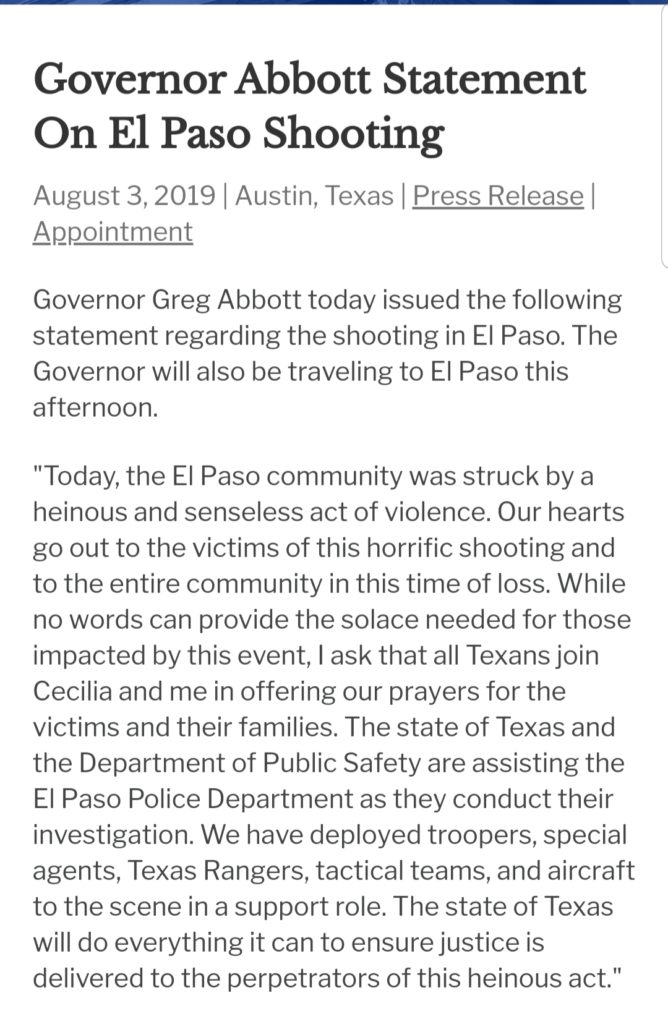 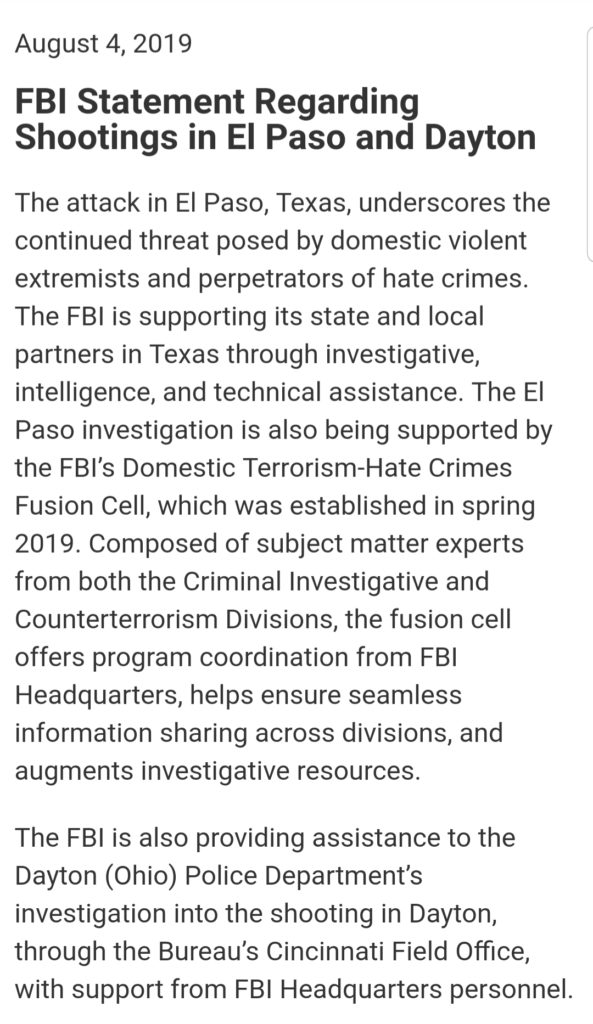 President Trump ordered flags to be flown half-staff in honor of the victims of shootings in El Paso, TX and in Dayton, Ohio and their families.

Jaime Esparza, the District Attorney of El Paso spoke during a news conference on Sunday, August 4 stating: “We are seeking the death penalty.”

Crisis Response set up a public “Safety Check” on the internet to allow people to inquire about the status of loved ones who may have been at the establishment at the time of the shooting.

A reunification center was set up immediately for families to locate loved ones at McArthur Elementary School. Donations were accepted including ice and water from volunteers. A public notice was later sent out informing the public they were fully staffed.

The El Paso Police Department requested that the public avoid visiting the crime scene, which is still under investigation.

Harper noted that three search warrants were carried out in Dallas, Texas in connection with the shooting and the FBI is still reviewing evidence obtained from the searches.

They are investigating a possible Manifesto that the suspect posted on social media noting that the shooting may have been a hate crime. The FBI is asking anyone who might have information about the shooting to come forward.