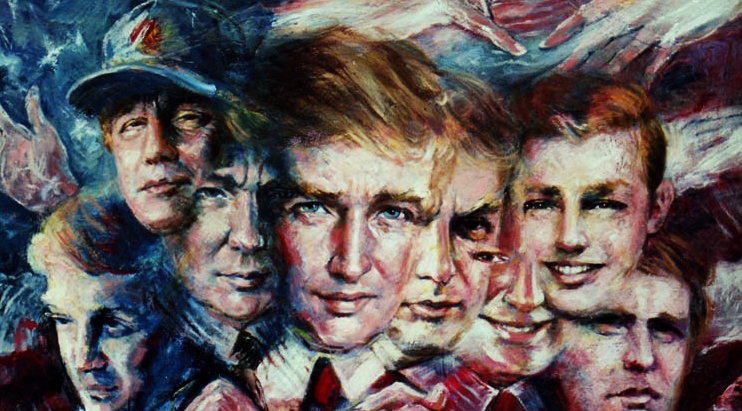 UNITED STATES—Wikipedia’s 15 years of knowledge is utilized by the Google Guru himself! It should be no surprise that they have a series on Donald Trump!

Lucky for me I can relate to the Fool AND the Wise man. I was not ready to render my absolute opinion on Trump, but then I read this and found it laden with propaganda-laced biases, like what I perceive Tina Fey did to Sarah Palin.

The author was right when he wrote of Trump followers as angry!

I AM that rage-filled population, but even angry people can recognize persuasive elements and YOU Mr. Stewart, didn’t try to hide them. The New York Times’ (NYT) book review of Never Enough: Donald Trump and the Pursuit of Success stated 3 things I wanted to mention.

As an American and PARENT in today’s world, I can imagine how over-privileged Trump was, as NPR reports.

It seems his very smart father was a man whose own ingenious father made a fortune with restaurants that served naturally deceased horse meat (not a pimp, as others say). Both fathers did their best providing opportunities for theirs sons AKA The GREAT American Dream.

Our POTENTIAL PRESIDENT was probably the pride of his filthy rich parents and they must have worried that Donald’s rebellious and overindulged ways would ruin his life. They understandably sent him to military school, not the armed services per se, but certainly an indoctrinating military lifestyle experience that many Americans, like me, could never accomplish.

We now see a Donald Trump that follows the rules when he wants to. When recalling the history of presidents, REMEMBER there is ALWAYS something debatable.

The NYT piece ended by asserting that Donald Trump is nothing like the former “greatest” presidents George Washington, Abraham Lincoln, and Franklin Roosevelt. Of course that is subjective, since others contend:

One NaySayer said Trump was born with a “white gold” spoon rather than silver. This overindulgence tells me he has already experienced the fancy dinners and vacations America complained of the Obama’s taking. It means he appreciates genuine people when they come along, like a model that sews her own clothes.

YOU KNOW WHAT ELSE?

It’s refreshing to have a potential president with the COJONES to speak his mind TO OUR FACE instead of behind closed doors.

Also, there are many Trump-hating pieces talking about his grandparents instead of how The Don and Hillary Clinton are not only 19th cousins, but they are related to people like YOU and ME though common Plantagenet ancestry.

Speaking of the Clintons…

All along I have been saying the same thing about the Trump vs Hillary stuff: I WANT a president that is smart enough to react quick and buy that politician’s loyalty, if their integrity is for sale. I’m sure the Clinton’s benefited from that recreational relationship confirmed by Samuel Jackson and his golf story.

People are angered over the Mexican rapist comment, the sort of thing that he should be corrected on. Trumps needs a good mouthy woman to help write his speeches, delicately. Not to stop telling the truth, but rather do so with sensitivity and not aliening good people from Mexico.

Sadly for OUR CHILDREN, these cases are VERY REAL. The proliferation of illegal immigrant crime is one of the reasons I WOULD consider a wall, if that’s the only way to stop repeat rapists, undocumented guns and illegal narcotics.

Donald Trump has been militarily indoctrinated to follow rules. We must believe that no matter who gets the job, our country has checks and balances designed as restraining measures.

I BELIEVE he will abide. We have plenty examples of political cover ups, and he tempts me with much-desired TRANSPARENCY!

Also important to my beliefs is a hopeful who AGREES, as Trump does, that one of the BIGGEST THREATs to our nation is the STATE OF MENTAL HEALTH!

American politics are riddled with sex scandals and Trump is SO conditioned to being around drop dead gorgeous women, yet never caught inappropriately? Look at his wife, beautiful enough to be a Charlie’s Angel for the 21st century! Maybe now our females in the white house will be safe from sexual harassment!

PLEASE, my fellow Americans, judge Trump with the same eye you use to judge yourself AND other candidates. It IS only fair!