UNITED STATES—It’s National Ice Cream Month and you have about a week left to go take part in my chosen ICE CREAM RELATED activity: trying something new.

With so many different ways to try this cold treat, I highly recommend you go and try something you have never had before! It can be an ice cream creation like FRIED ICE CREAM or an EGGLOO: egg waffle filled with ice cream.

Maybe just try a new flavor. My local place has a flavor of the week: creamsicle twist. Half orange, half yummy plain old vanilla, my favorite soft flavor!

So, let’s quickly recap the history of ice cream.

History websites tell us that ice cream began as ice that was flavored. The earliest writings they have found include Nero Claudius Caesar and Alexander the Great favoring snow with honey or fruit, according to The International Dairy Food Association’s The Evolution Of Ice Cream.

Years later, some say the popularity of this favorite traveled with Catherine de Medici from Italy to France when she married Henry III.

It’s very easy to imagine that when people depended on iceboxes, the predecessor to our commonly known refrigerators, ice cream had to take a backseat to the other family-sustaining items like milk, eggs, meat. 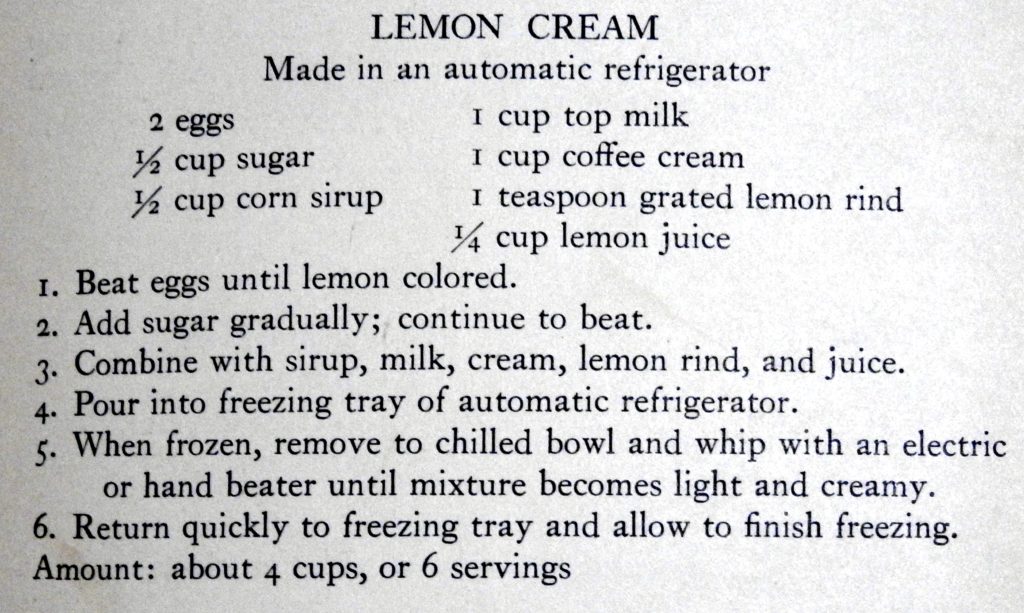 I think this is why antique cookbooks are loaded with recipes of cold treats that may have taken effort – but no doubt taste much better than those we find in cartons today.

As industrialization progressed eventually all households had electric freezers and cold items did not spoil as often, so the art of creating frozen delicacies flourished.

“Hokey Pokey” men sold ice cream on the streets which of course flourished into what we all know as the ICE CREAM TRUCK. Our knack for ingenuity and prosperity led to people trying to figure out how to invent something similar yet different, leading to the 1920s creation of ice cream on a stick: the good humor bar sold out of the Good Humor truck.

Speaking of Ice Cream Truck, Carvel came out not long after the Good Humor. They are the creators of my FAVORITE ice cream-related treat: the (Carvel brand) Ice Cream Cake.

I want to have one every single birthday for the rest of my life and would always choose one over any of the new choices life has to offer, unless it was my dog’s special day and then I might forfeit my favorite for some FROSTY PAWS, ice cream novelty treats made just for dogs.

For people who want to try something new but don’t want to expand your circle beyond the grocery store, your frozen section may have Good Humor’s GIRL SCOUT flavored treats, or a nice OREO CHURRO.

It doesn’t have to be new to the market, just something new to you!

In the end, I would like to say HAPPY ICE CREAM MONTH and why don’t you let me live vicariously through you? If you’re near any Thai food restaurants or carts, try this lovely creation I think I would like: Thai ICE CREAM ROLLS!