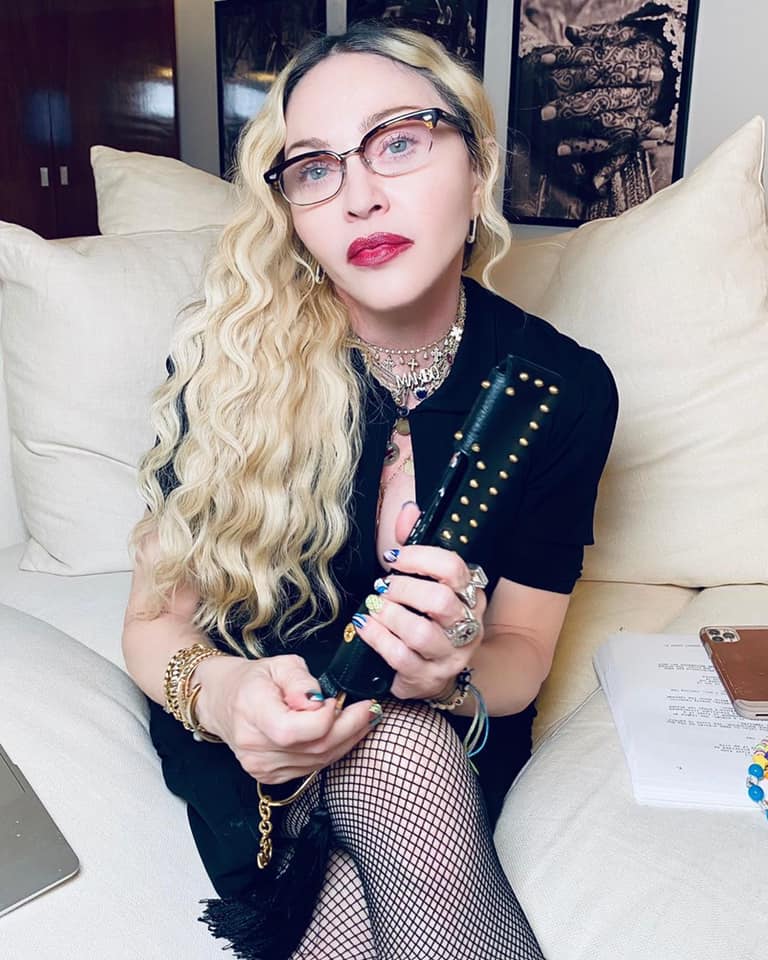 HOLLYWOOD—Madonna just recently announced she will be directing her own life and career. The mega star is co-writing the film with Diablo Cody, the Oscar-winning screenwriter of “Juno” and “Young Adult.” The script is expected to chart her rise from the slums of New York to global superstardom, with songs such as “Like A Virgin” and “Vogue.”

The film as-yet-untitled project will be Madonna’s third as director after 2008’s “Fifth and Wisdom” and 2011’s “WE,” which was based around King Edward VIII’s affair with Wallis Simpson. The latter film was panned by critics, and bombed at the box office, making just $2 million against a budget of $11 million.

So what do we actually know about rock and pop biopics? Well, some have had huge successes like Elton John’s “Rocketman” and the Freddie Mercury film “Bohemian Rhapsody,” for which Rami Malek earned an Oscar for Best Actor. The film will be made by Universal Pictures-which previously attracted the artist’s anger snapping up an unofficial script based on her life. There is no casting or production timeline for the film that has been announced, yet Madonna has began posting on Instagram.

She mentioned to fans, in a Q&A that the biopic would be about her struggle as an artist to survive in a man’s world, also adding that the journey covers a range of emotions. She also added that the plot would address her relationship with artist Jean-Michel Basquiat, the fallout from her controversial “Like A Prayer” video and her experience filming “Evita.” In a statement, Madonna said, “I want to convey the incredible journey that life has taken me on as an artist, a musician, a dancer-a human being.” She is sharing the rollercoaster ride of her life with her vision and voice.

Now, while Madonna is co-writing a script, actor Russell Brand is taking YouTube by storm.  Russell has 2.45 million subscribers and has been posting frequently, which is great for his fans. One of his greatest videos is titled “When They Don’t Love You Back.” If you have ever been through a severe break-up and yearn to move on, I highly recommend you watch that video. So many emotions going through a break-up when you need redemption.

Unrequited love is one of the most painful feelings, causing huge lows, sadness and a sense of worthlessness. He talks about humility and our relatively insignificant heartbreak. You have to remember, it’s you that has to change. Unrequited love teaches us to love ourselves deeply. Russell Brand, I would love to sit down and have a conversation with you. The message is profound, you should never struggle to chase love, affection, or attention. If it isn’t given freely by another person, it isn’t worth having. Unfortunately, you realize, too late that it was you that had to change, not the other person. Somethings can be changed, like weight, hairstyles, make-overs. However, you can’t change the color of your skin, height or your age. So you learn acceptance and gratitude. You learn to go your separate ways, and pick up all the pieces left behind. Hopefully, someday, somewhere along the way another love will find us.

After canceling a slew of concerts in Australia and New Zealand following the outbreak of the coronavirus pandemic he is moored in Mullumbimby. He is now calling the small country town in New South Wales home. Some of his films he starred in were “Forgetting Sarah Marshall,” “Get Him to the Greek,” “Arthur,” “Despicable Me” just to name a few. As you all know, he was once married to Katy Perry, he’s currently married to Laura Gallacher and has a daughter Mabel Brand.

Rose’s Scoop: It seems that whatever Paris touches, turns to gold. Her latest film titled “This is Paris,” was a great success on YouTube.