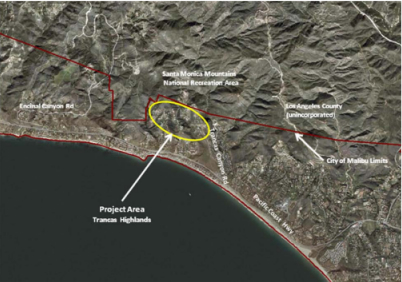 MALIBU—On Monday, January 23, the Malibu City Council voted unanimously to hire a Lancaster-based engineering firm for up to $52,000 to consult the city on creating a new water system in Trancas Highlands and a special tax to pay for it.

The ultimate goal is to create a water system that would alleviate the concerns of the neighborhood’s residents, who for years have relied on trucks to bring in water on a daily basis to have on hand to use in protecting their homes from fires. They keep the water in storage tanks and private wells, the latter of which have dried out.

A distribution system they have in mind would include a 500,000-gallon water tank, which the owners of a home at 31537 Anacapa View Drive have agreed to keep on their property. A new 2,250-foot access road would be built to connect the tank to the adjacent street. In addition, fire hydrants, two pressure reducing stations, valves and other related accessories would be built along public and private streets.

The tank would be fed by a booster pump station near the Los Angeles County Waterworks District No. 29 water facility at Trancas Canyon Park. Gravity would move the water via lines dug into a trench to individual properties. A separate dry trench would house electric, natural gas and cable line improvements. The trenches would primarily be underground, with some segments on the surface. When these are put into place, overlying utility lines and poles would be removed.

Penfield & Smith Engineers will consult the city on the special tax, which will be levied on those who live on Trancas Canyon Road, and on the gated Anacapa View Drive, Beach View Estates and Foxview Drive. Homeowners in this proposed district may not have a problem paying the tax, given that they have already deposited $86,200 to hire the firm for its engineering expertise and legal counsel. The firm previously worked with the City of Malibu to develop the Broad Beach Road Underground Utilities Assessment District.