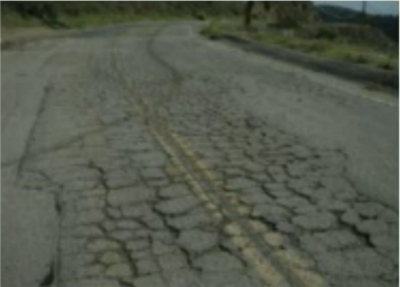 MALIBU—On Monday, January 23, the Malibu City Council directed its staff to come back at a later date with a proposed $600,000 budget with which to fund road improvements in the 2012-13 fiscal year as well as $300,000 that went unused in the previous year.

Before the 4-0 vote, most of the council except for Councilmember Pamela Conley Ulich, who was not present, were presented with the 2012 Pavement Management Plan (PMP), which states that most Malibu roads are in very good condition. The PMP states this was due to repairs made since 2008 to Broad Beach Road, Civic Center Way, Cross Creek Road, Malibu Canyon Road, Cottontail and Bunnie lanes.

But there is a significant backlog of damage estimated to cost $10.6 million to fix. Roads in poor condition include Malibu Road, not to mention Latigo, Corral and Encina canyon roads. Portions of Rambla Pacifico Street and Tuna Canyon Road are in the worst condition. Malibu Road would receive immediate attention if the proposed $900,000 budget is approved because it is the most heavily traveled. Though this would fall $75,000 short of what the PMP estimates Malibu Road improvements would cost. The other roads would be fixed within the next five years.

The PMP indicates that the city would have to allocate $600,000 to improve roads every year for the next 15 years or they would progressively deteriorate. This would maximize the value and extend the life of the 44.4 centerline miles that constitute Malibu’s road network, the estimated replacement cost of which is $41,700,000. A portion of the money could come from Proposition C funds for which the PMP makes the City of Malibu eligible to receive.

What We Can Expect From Los Angeles Lakers In Orlando