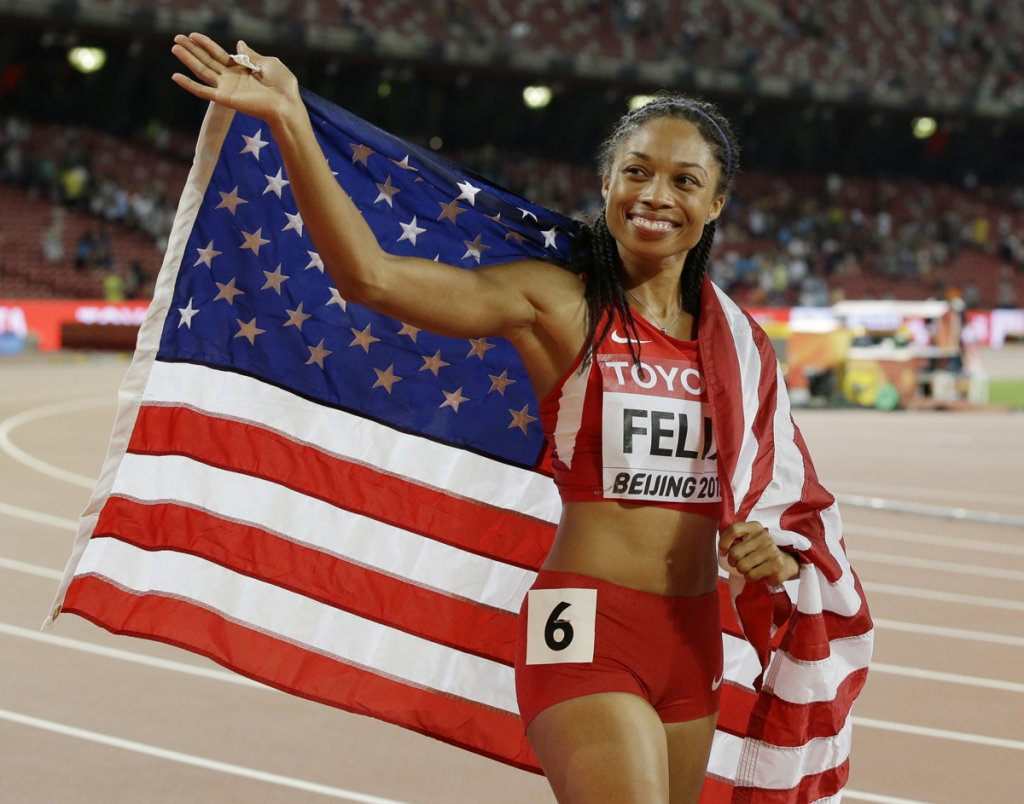 The former All-American track star finished the race in 49.26 seconds, the fastest time in the world this year, beating second-place finisher Shaunee Miller of the Bahamas by .41 seconds, despite Miller and the third and fourth-place finishers running personal-bests.

Felix, 29, won her ninth world championships gold medal, setting a new U.S. record for most gold medals won at the event. She also became the first woman to win World titles in the 200m (she has three) and the 400m. Felix has won 11 medals at Worlds overall.

“I wanted to challenge myself this year and I did and I’m happy I could be successful, Felix told BBC Sport. “I had to take advantage of the speed that I have and bring that to the 400m.”

The 2012 Olympic 200-meter champion set off by far the quickest of the eight women finalists to hold a commanding lead by 150 meters.

Off the final bend she was four meters clear of her nearest rival and no one could close the gap down the final straight, giving Felix the dominating win.

Felix had the option of racing the 200m, the 400m or both in Beijing. She chose the 400m solely because she wanted to challenge herself competing in an event she has yet to win

Another big reason she chose to run just the long distance event is because of scheduling. There was only about an hour difference between the 200m semifinals and 400m final on Thursday.

With a similar type schedule set for the Olympics next summer in Brazil, the former Trojan has already said if she has to choose, she will compete in her bread-and-butter event, the 200m.

“I’ve put in my time,” Felix said, according to The New York Times. “But that’s all on the people in charge of the scheduling, and I understand that there are a lot of things that go into that. There are also some other great people who can do that double, as well. It’s a pretty common double, so I think for us and for the future, it would be a good thing for the sport.”

Felix reached the finals by posting the fastest semifinals time of 49.89. She advanced out of the preliminary rounds with a time of 50.60.