The Executive Summary report identified 57,734 ballots as, “serious issues” during the audit. Issues reported include improper voter registration, improper votes, and discrepancies in the registration.

The report called the number, “A conservative estimate,” because “there were other identified problems that were not quantified nor included in that total [listed in the above paragraph], likely resulting in a much larger number of flawed ballots.”

The report indicated over 10,000 double votes over county lines, and tens of thousands of ballots cast from individuals who moved prior to the election and could not have legally received their ballot. These discrepancies were listed as “critical” in the report on page four.

Maricopa County Audit Results Reveal Someone Was Caught on Video Illegally Deleting Hundreds of Thousands of Election Files the Day Before the Audit Started – The Arizona Sun Times https://t.co/011PUqbkpB

Four other issues were cited and labeled, “High Severity.” The report indicates their were more ballots received than mailed.

According to the report, election files were deleted, and corrupt ballot images were two of the multiple discrepancies found.  Several more were listed in the report. 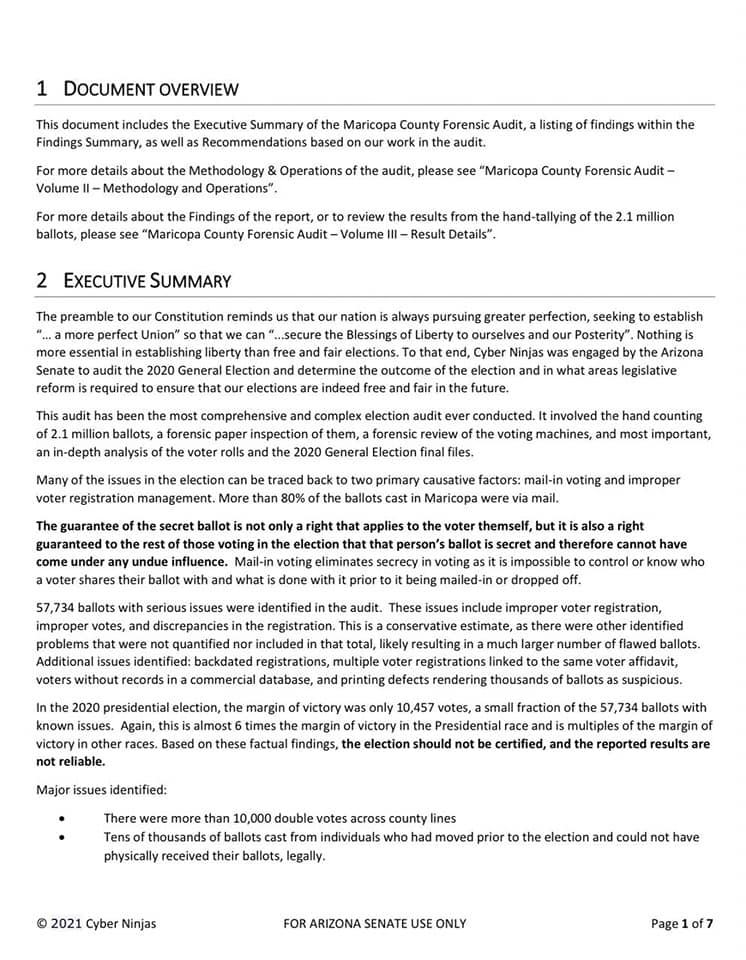 On the Maricopa County website, they have a section titled, “Election Facts and Myth Busters,” denying reports of voter fraud.

Senator Wendy Rogers is challenging the results of the Arizona election. Arizona Secretary of State and gubernatorial candidate, Katie Hobbs and Rogers have been arguing on social media.  Rogers wrote a letter signed by 41 legislators signatures.  As of Tuesday, September 28, more legislators have come forward to add their signatures to a letter calling for a 50 State Audit, and Decertification of the 2020 Presidential election.

President Trump mentioned this letter in his speech tonight. We will be adding more names of legislators soon. https://t.co/Rkc0bNZj3v

I will take all necessary actions that are supported by the evidence and where I have legal authority.

Arizonans deserve to have their votes accurately counted and protected. https://t.co/KZ8AHqyMmB 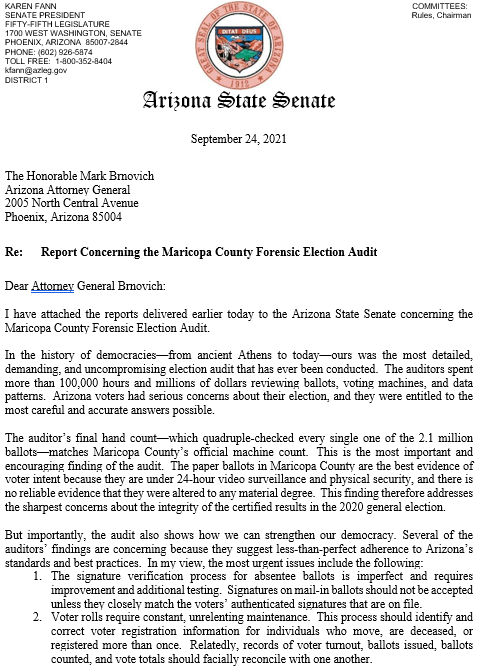