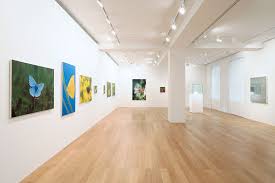 BEVERLY HILLS—Art collector and founding director of the Gagosian Gallery in Beverly Hills passed away of lung cancer at age 67 on Saturday, June 19. He died in his home in Los Angeles, according to a friend.

In a statement issued to Canyon News, Joanne Heyler, director and chief curator of The Broad Art Foundation, said this about her experience working with Shapazian: “When he was director at Gagosian, my visits to the gallery were always memorably filled with wit, laughter and keen observations on art and the art world… I’m very sorry to hear about his passing.” Shapazian worked closely with The Broad Art Foundation and Heyler’s superior, fellow collector Eli Broad.

Robert Shapazian began collecting art as early as the age of 13, importing objects from Thailand and forming the foundation for his future collections. He studied English literature at the University of California at Berkley in 1964, later earning his doctorate from Harvard University in 1970. From his young age, Shapazian’s approach to art dealing focused on “feelings and ideas, rather than monetary investment,” he once said to fellow gallery owner Aaron Moulton, a former Gagosian colleague.

As well as directing the Gallery, Shapazian also served as the director for the Lapis Press, based in Venice, CA. A unique publishing company aimed at assisting artists in various mediums of expression, Shapazian directed the Lapis Press from its founding in 1986 by artist Sam Francis to its closing in 1994, following Francis’s death. Shapazian worked with artists with the “goal of producing unusual and timely texts in visually compelling formats,” according to the press mission statement. Bound by hand, published texts included poetry, essays, philosophy and literature, all composed by contemporary artists.

Shapazian began to focus more intently on his philanthropic efforts as his career progressed, working with organizations like “Amazing Kids!” and reform programs for at-risk youths, providing them life skills, allowing them to socialize and adapt more naturally into society outside crime. Shapazian would even personally drive youths to job interviews to ensure they’d get an opportunity.

“He’s such an amazing, inspirational person,” said Hanako Williams, a day-to-day colleague of Shapazian’s at the Gagosian Gallery. “I’m proud to have worked with him. I miss him all the time.”