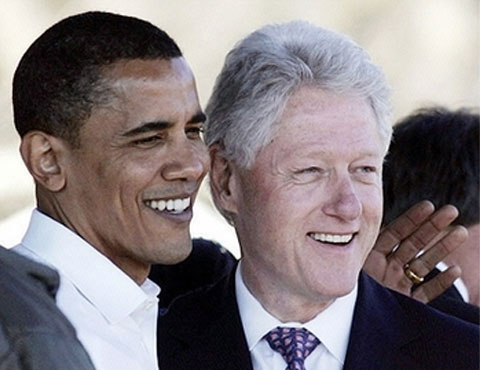 WASHINGTON D.C. —The new book “Game Change” is out and has sent shock-waves throughout Washington in a way only a political tell-all book could do. With the nation gripped in unemployment, fear of tax hikes and the deficit soaring to new heights, what is Washington buzzing about? “Game Change” is what they are screaming about, and frankly are trying to get the rest of America in on the debate. Are they debating the health-care plan which most of Congress hasn’t even read? Are they debating how to get small-businesses back to hiring and cutting their taxes so that they can make further investments for our nation’s future? No way! They are debating about who was the worst candidate in 2008, and there were plenty bad ones to choose from. They also are discussing with great debate and consternation Senate Majority Leader Harry Reid’s racially inappropriate comments about then candidate Obama, which Reid said was, “A light-skinned African American with no Negro dialect.”

Ouch! You’d think that was the end of the world, from the sound of some of the so-called civil rights leaders, but mainly Republicans who now claim that statement rises to the level of former Senate Majority Leader Trent Lott’s comments supporting the election of and platform of an avowed racist and segregation supporter, of the late South Carolina Senator Strom Thurmond, who not only filibustered the civil rights act in 1964 for 24 hours to attempt to keep the bill from being voted on by the full Senate but created the Dixiecrat party in order to spread his hatred, which was no longer being allowed by the Democratic Party. He later became a Republican. All the while he was preaching separation of the races, he dallied with his parents’ not-so light-skinned maid and fathered a child by her, only admitting it basically on his death-bed. The Republican Party who has said in the past several months that the Tea-party members holding up signs with monkeys on them with the words, “Obama, Go Back To Kenya” are not racist at all, are now saying Harry Reid’s a racist.

That being said, Senator Lott’s comments were creepy and insensitive but did not rise to the level of removal from his leadership post and Harry Reid’s silly comments don’t rise to that level either. Senator Lott has since retired and Senator Reid’s going to most likely be retired by the constituents of Nevada by the end of this year in his very tight senate race. I frankly have heard much more incendiary comments from Americans, who I would never call racist. My grandmother taught me that you cannot teach grown people good taste, they have to receive that in childhood, usually by their parents.

More goodies in the book include Bill Clinton’s alleged arrogant comment, “That just a few years ago Barack Obama would be serving us coffee,” while reportedly Hillary Clinton was livid that she lost the nomination to a man she felt was politically inferior to her. The John McCain camp got their great licks in on Sarah Palin in this book as well. Explaining how she never could grasp why there is a North and South Korea and said she blamed Sadam Hussein for 9/11. On a side note, they speak of almost tantrums on the part of the Alaska Governor when her make-up was not just right. That story however sounds more sexist than true.

John Edwards was also described as reckless as John McCain seemed for picking Mrs. Palin, when the Edwards’ team of advisors ignored his extra-marital affair and apparent fathering of a child by a campaign worker. They also paint a totally shrewish view of Mrs. Elizabeth Edwards without making it clear that she was the wife of a cheating, apparently lying husband and she wanted him to win despite all of that. The book “Game Change” paints the women in the campaign, even Mrs. Cindy McCain in a way Hollywood soaps love to portray divas on their shows. It’s obvious that the men in the campaigns, with the exception of Hillary Clinton’s staffers, did not view women in this realm to be their equals. On Mrs. Clinton’s staff, they tended to view her as a god.

What should the real game change we are seeking? Sure, enjoy this book, but I think Americans should seek to change every incumbent in office currently no matter what party he is affiliated with and change the way we elect our leaders so that reckless and immediate gratification and poll bounces don’t end up causing us to elect the worst people who could possibly be in control of our government and ultimately our lives.

Please pray for our brave troops in harms way in Afghanistan and Iraq and for their families who show more dignity and honor to our nation than our political leaders could ever dream of doing.