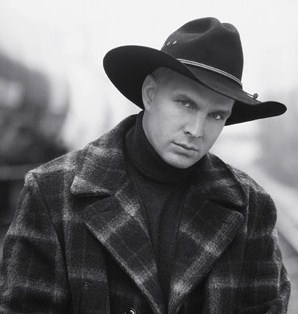 HOLLYWOOD—A jury in the state of Oklahoma decided in the favor of country music legend Garth Brooks on his lawsuit filed against Integris Canadian Valley Regional Health hospital that defrauded Brooks out of a $500,000 donation. The donation was supposed to honor the life of his late mother by naming a building after her.

On Tuesday, January 24, the jury awarded Brooks $1 million. The total settlement included Brook’s original donation as actual damages as well as another $500,000 in punitive damages, according to Vice President of marketing and communications for Integris Health, Hardy Watkins.

Brooks offered the donation in 2005 to have a women’s center named after his mother, Colleen Books who died of cancer in 1999. He stated in the lawsuit that he had a verbal deal with the president of Integris Canadian Valley Regional hospital which is reportedly the largest healthcare system in Oklahoma.

Based on legal court documents, James Moore, the hospital president states that “no promises” were made to Brooks but Moore does agree that he did in fact speak with Brooks on the issue of having the building named after his mother.

According to reports, Brooks had an anonymous check sent to the hospital in December 2005. Officials from the hospital claim they didn’t know that the check was even from Brooks until after he called the hospital. Brooks decided to sue Integris Rural Health four years later in 2009 after they refused to return his money.

In a statement released by Watkins he claims the hospital tried to return the check but it was turned down after Brooks filed his lawsuit. The hospital didn’t return the check before the lawsuit was filed because there was still hope that an agreement could have been reached between Integris Rural Health and Brooks.

According to a court testimony the hospital never built the women’s center and didn’t spend the $500,000 donation. Watkins felt that the hospital’s side in the case would not be heavily taken into consideration due to Brooks’ fame and popularity status. “In the court of public opinion we’re not going to win,” said Watkins. He later retracted his statement but was very angry that the courts awarded dollars on top of the original donation amount.

Garth Brooks has been named the number one solo artist in US history; Brooks has sold over 128 million records, according to the Record Industry Association of America (RIAA). He is the only solo artist in RIAA history to have 6 albums top the 10 million mark.