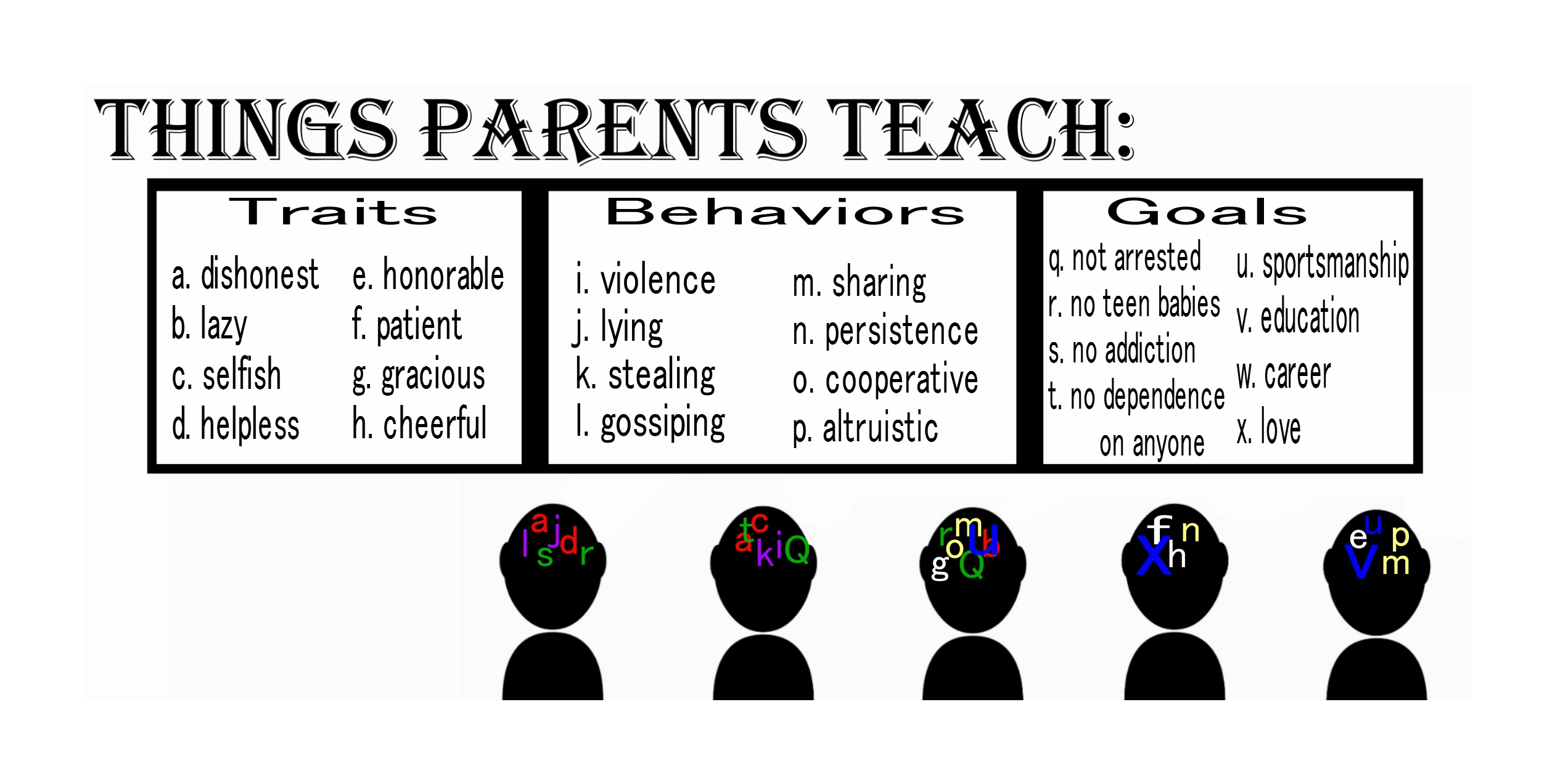 It should come as no surprise that after a couple of generations of freedom of expression and speech, we have different goals that we pass onto our children as well, altered by parenting, religious outlook, logical or illogical belief systems, and of course economic status. I believe that parenting is so different among different groups, and lack of parenting/defective parenting is so widely rationalized: it’s one of the reasons children have problems co-existing as adults and increasingly dependent on mood-altering medications.

I am going to use myself as an example here, since this writing was sparked by the fact that I have talked to several people across the nation who seem mystified by what I have come to term as my “GHETTO GOALS.”

Before I confess mine, let’s recap how Merriam-Webster defines each term: 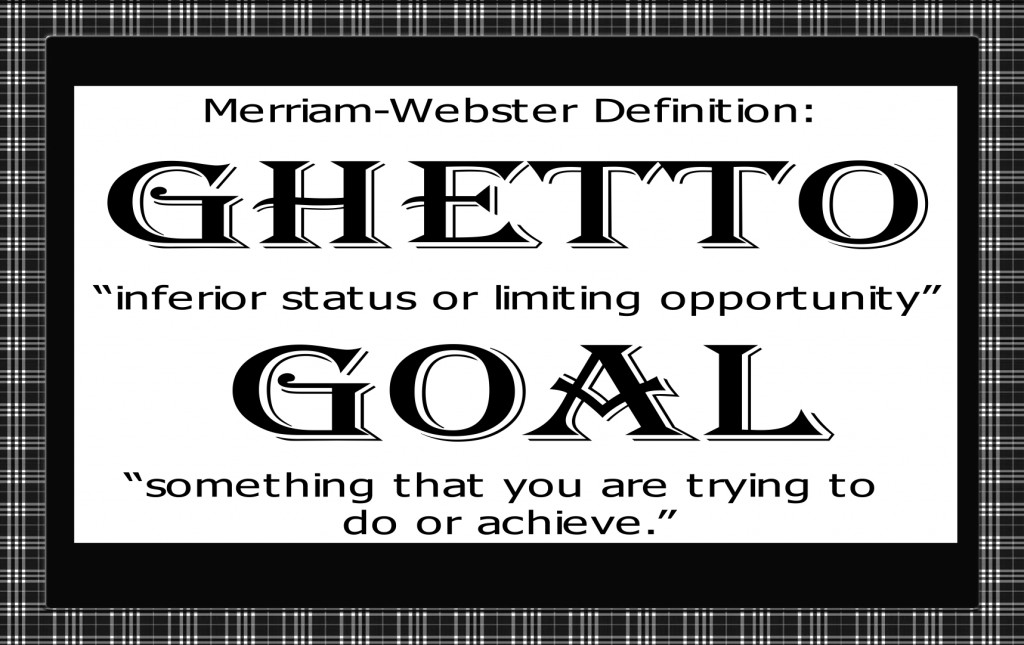 So as I spoke with parents across the country, I came to recognize a commonality of those I deemed GOOD. They instill more forward-thinking characteristics and qualities, concepts designed to foster independence, success, happiness. Of course I RATIONALIZE MY OWN major deficiencies by believing I could have been worse: taught more crippling ideals like self-hate and racism…

Nonetheless, one might say that lack of (goals, traits, behaviors) can sometimes be as harmful as bad.

I can see my parenting goals resembled what Dr Phil said in one of his HUFFPOST contributions: “Sometimes we make choices based on the here and now. We look at what we want to suppress in terms of behavior.”

Perhaps I was a parent with nothing to offer, but I certainly knew what not to do, so “goals” for my children were more primitive:

To get them to 18 with no pregnancies or abortions, no quitting or getting kicked out of school, no being arrested, and no committing suicide.

Unfortunately for my beautiful children, although I proudly met these goals, I learned as I went along and no doubt made mistakes in the things I did, and things I didn’t do. Only time will tell if my over-abundance of love counteracted what they lacked being raised by a poor single parent with mental illness.

Abusive, neglectful, and deficient parenting still exists but at least knowledge is widespread and free. So is help for those who choose to reach out and take it: the reason why I have always hated the “kids don’t come with a manual” excuse.

Does America not have the resources to give all parents a booklet of legal do and don’t parenting, or even better, have the same staff responsible for social security and birth certificate forms, include a form saying they have received and understand the PARENTING RULES BOOKLET.

No more allowing ignorance in parenting.

Just to wrap it up, there are many who give their ideals on what goals parents should have. Healthy. Positive.

Dr Phil says the number one goal is to encourage children to become independent adults someday.

In case you don’t want to agree with Dr Phil, wellminds.org states a parent’s #1 goal should always be to teach the child how to be a good adult.

According to Covenantkeepers.org, there are seven goals for effective parenting. Six of them are religious. The 1 that isn’t about God? Teach them to obey and submit to authority because by doing so they will develop self-discipline and self-control.

This must be taught right, because as parenting coach Avital Schreiber Levy says: teaching our children to blindly obey “because I said so” is not good parenting in today’s world. I agree. Parents who use that catch-all obedience phrase typically raise children with problems.

In fact, every family I know who used that type of ideology has children with behavioral or psychological problems. Seems to be the way to raise a rebel, not someone who understands the why of it and uses free will to choose the right path.

Don’t take my word for it. Choose whose opinion you trust and look into their advice!

For example, there are five parenting goals listed by the Jewish-run Aish.com, and they ALL SEEM LOGICAL:

For more information on parenting, check out alphamom, parenting.com, or try something different and read a MOST inspiring book about a mother who raised a batch of great kids, The Color of Water: A Black Man’s Tribute to His White Mother.