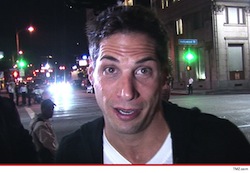 HOLLYWOOD-Founder of the infamous “Girls Gone Wild” videos Joe Francis was arrested on May 16 for allegedly attacking a former employee.

Francis is prohibited from going within 100 feet of the “Girls Gone Wild Office” in Los Angeles. He showed up to the office stating that his previous restraining order was no longer active.

According to TMZ, Francis made his way to the tenth floor, where he ignored security’s instructions to stop because he had a “business vendetta against the new GGW owner. Security called the cops as a GGW employee attempted to block Francis from entering the building.

He then attacked the employee when he was “shoved” according to reports. Cops arrived on the scene and Francis was arrested and taken to the station where he was booked for misdemeanor battery.

According to the Los Angeles County Sheriff’s Department, after spending the night in jail, Francis was released the next morning on a $20,000 bail.