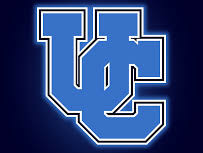 WESTWOOD—A government proposed budget submitted on Thursday, May 14 could help keep UCLA and other University of California campuses tuition the same for the 2016-2017 school year.

The proposal was submitted by Governor Jerry Brown and would postpone the UC’s Board of Regent’s new policy of a 5 percent tuition increase per year for the next five years, which was approved in 2014.

If the state government proposal is approved tuition will remain the same until 2017-2018, in which tuition would be adjusted by inflation. The proposed budget plan includes giving UC $436 million over three years, as well as a 4 percent increase to current state funding to the organization.

In order to help off-set expenses, the UC Board of Regent’s agreed to lower the current pension cap for employees hired after July 2016, lowing the cap from $265,000 to $117,000 annually.

The proposed budget plan could impact all 10 of the University of California campuses.

Proposal To Mitigate Traffic Congestion Is Met With Opposition