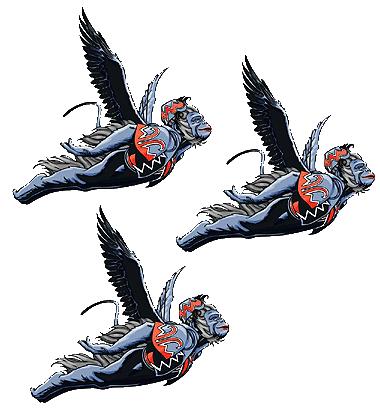 Portraits of “Wizard of Oz” flying monkeys holding “Hillary 2016” signs were hung from street lights and glued to utility boxes ahead of the former Secretary of State’s Democratic fundraiser at Brentwood’s exclusive Tavern restaurant.

SABO, a male, has not yet been identified. His website, unsavoryagents.com provides insight into the justification for his art. In Hollywood, he writes, there is “no place I could go where I wasn’t punched in the face by some sort of art defining who I was for being a Republican. Evil, Bigotted [sic], Homophobic, Out of Touch, Rich, Greedy, on and on.”

Most of SABO’s political portraits were torn down or painted over prior toClinton’s visit.