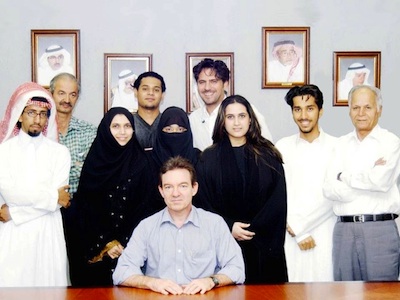 HOLLYWOOD—On Tuesday, September 7, HBO is debuting a fascinating documentary, which combines different genres to tell a story that needs to be told today in America. With the rise of political partisanship, we often forget that our true enemies are the terrorists. Name calling, propaganda by cyberspace, it’s all being monitored by the people who attacked us on 9/11. There are a few brave people in both journalism and the military who make a difference. This is their story.

In 2006, Pulitzer Prize-winning journalist Lawrence Wright staged “My Trip to al-Qaeda,” a one-man play that explored the moral dilemmas he encountered while researching his bestselling book “The Looming Tower: al-Qaeda and the Road to 9/11.” Now, Academy AwardÂ® winner Alex Gibney (“Taxi to the Dark Side”) brings Wright’s off-Broadway show to the screen, chronicling fundamentalist Islam’s rise to power, as well as Wright’s struggle to maintain objectivity as a journalist in the wake of 9/11.

“My Trip To al-Qaeda” is a firsthand account of Wright’s experience researching his 2006 book “The Looming Tower: al-Qaeda and the Road to 9/11.” The play sheds important light on al-Qaeda, Islamic radicalism, hostility of America and the U.S. military presence in Afghanistan, Iraq and the Middle East overall. The riveting travelogue/performance piece combines Wright’s first-person narrative with documentary footage and photographs, while raising important questions about the war on terrorism, and questioning the U.S. stance as a role model, as it engages in a war that erodes the country’s reputation and resources.

Lawrence Wright’s work in the Middle East dates back to 1969, when he taught at American University in Cairo, where future 9/11 hijacker Mohamed Atta would study. However, the events of 9/11 intensified his focus on the causes and consequences of Islamic terrorism throughout the region, propelling him to write a book on the subject. Wright’s acclaimed work spawned a theatrical piece that combined his journalistic insights, culled from 600 interviews and 4,100 pages of notes, with footage and photos of the places he had visited during his extensive research.

An official selection of the 2010 Tribeca Film Festival, “My Trip To al-Qaeda” offers a crash course in modern Islamic fundamentalism. Wright’s footage and interviews range from the radicalization of future al-Qaeda leader Ayman al-Zawahiri (after he and other Egyptians were imprisoned for the 1981 assassination of Egyptian president Anwar El Sadat) to the rise of Osama Bin Laden (son of a wealthy Saudi contractor) after he fought the Soviets in Afghanistan during the 1980s, to America’s current dilemma as a superpower in danger of overextending its military presence in a region filled with militants who prefer death over life.

“My Trip to al-Qaeda” blends portions of Wright’s play with backstage chats, archived television clips and footage of Wright’s interviews of people with ties to al-Qaeda and the Islamic fundamentalist movement. Interviews include:

Yassir al-Sirri, who killed a 12-year-old girl while trying to assassinate the Egyptian prime minister and later escaped to freedom in the U.K.

Maajid Nawaz, a once-jailed Muslim who describes the torture techniques that turned intellectuals like Ayman al-Zawahiri into radicals.

Ali Salem, a playwright who imagines the “kindergarten of hate” that schools Muslim youth.

Jamal Khalifa, a Saudi businessman who was married to Bin Laden’s sister and was killed in 2007.

Lawrence Wright is an author, screenwriter, playwright and a staff writer for The New Yorker. His 2006 history of al-Qaeda, “The Looming Tower: al-Qaeda and the Road to 9/11,” was on the New York Times bestseller list for eight weeks, was nominated for the National Book Award and won the Pulitzer Prize for General Nonfiction, among other honors. Wright co-wrote the 1998 film “The Siege,” which depicts events eerily similar to those occurring in the U.S. after 9/11. In 2006, his one-man play “My Trip to al-Qaeda,” based on the book, enjoyed a sold-out, six-week run in Soho. Wright is a member of the Council on Foreign Relations.

Photographs are Courtesy of Lawrence Wright