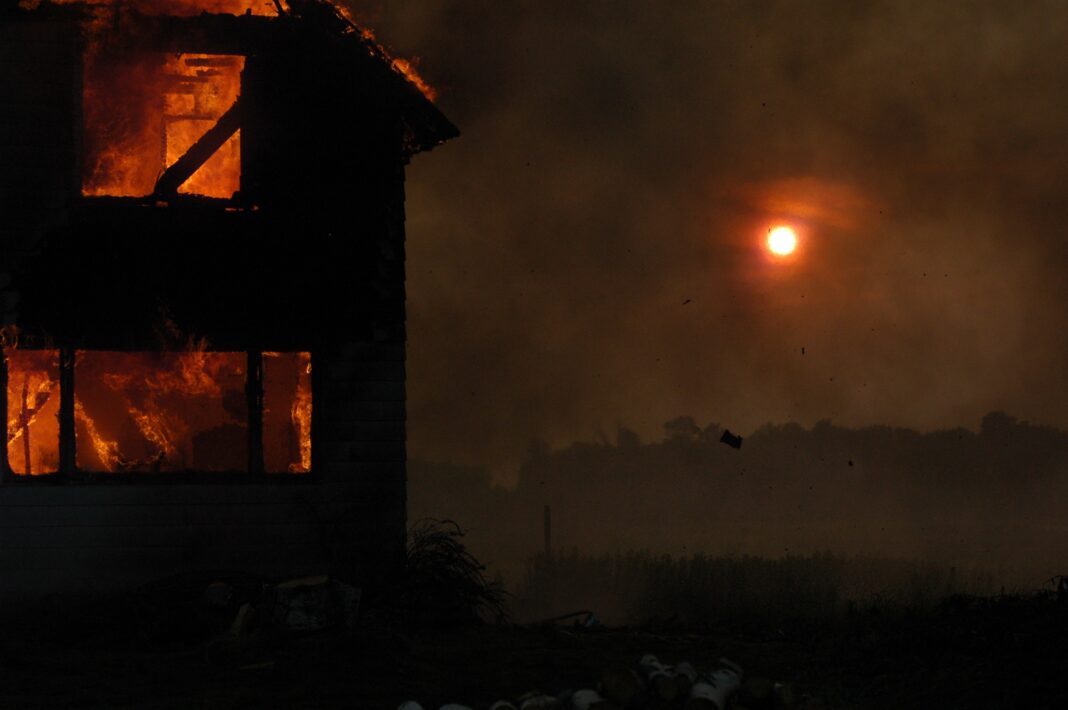 CALIFORNIA—On January 13, the Los Angeles Fire Department responded to a structure fire at 6:19 a.m. The fire was a homeless encampment located on 723 S Ocean Front walk. The fire was known as the “Ocean Front Fire.”

A response to a rubbish fire involving a homeless encampment, extended beyond the encampment to a vacant two-story commercial building. At one point the fire went through the roof.

The first initial LAFD crew to arrive at the scene breached the perimeter of the well-secured fire building to insure no one was trapped inside the structure. Once confirmed well-coordinated transition were made to external defensive operations, to deploy large volumes of water via handheld hose lines and elevated hose streams atop aerial ladders.

At 7:20 a.m., 108 firefighters were on the scene working on the exterior of the fire. There were no reports of any injuries during the fire.

By 7:50 a.m. there were 116 LAFD personal assigned to ongoing defensive firefighting operations. The firefighters were battling the flames on the two story 6,952 square foot commercial building structure, originally built in 1953.

Canyon News spoke to Brian Humphrey LAFD spokesmen who stated “The fire is still under active investigation. It has not been determined as to who or what started the fire. The investigation will determine if there were any human factors.”

The encampment fire heavenly damaged the building and briefly threatened, but was prevented from damaging two other near by constructed structures including one residence. The fire was extinguished within 2 hours and 17 minutes.

The firefighters were lead under the command of Assistant Chief Dean Zipperman.

“Several of the fire hydrants were used for a successful battle against the flames, however one fire hydrant was reported to the Los Angeles Department of Water and Power for being non-functional. No damage or sign of tampering were observed, the individual hydrants status did not exacerbate fire damage or hinder the control of flames,” stated a press release from the LAFD.