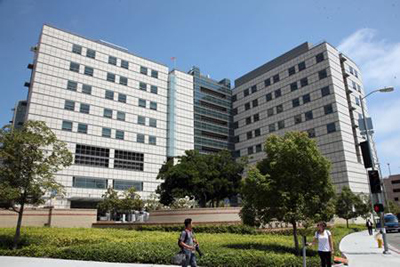 WESTWOOD/LOS ANGELES—Many cutting edge medical facilities are beginning to emphasize non-medical amenities in the treatment of patients, e.g. “private and family-friendly rooms, magnificent views, hotel-style room service for meals, massage therapy, and ”˜a host of other unexpected amenities,’” according to a recent in-depth study by USC medical analysts titled, “The Emerging Importance of Patient Amenities in Hospital Care.” The study was conducted by doctors Dana P. Goldman, Mary Vaiana and John A. Romley for the Leonard D. Schaeffer Center for Health Policy and Economics, University of Southern California, Los Angeles.

A major focus of the study is the “increasing role” the provision of non-medical amenities plays “in the competition for market share.”  The study, published in the New England Journal of Medicine (NEJM), questions whether or not non-medical amenities improve patient outcomes, or simply improve the economic standing of hospitals. The study draws specific attention to the refurbished Ronald Reagan UCLA Medical Center, citing the “Better Way to Get Better” marketing strategy that advertised the addition of the aforementioned amenities reminiscent of hotel services, but unconventional in a hospital setting. The study also referenced the Hospital Consumer Assessment of Healthcare Providers and Systems (HCAHPS), which shows that the proportion of families and individuals who would recommend UCLA medical facilities has increased 20 percent.

Drawing on various medical surveys, the USC study ventured to identify the relative importance of non-medical amenities as opposed to superior medical care. Results show a demonstrable preference for non-medical amenities even if care is inferior. As the study notes, “Almost one third of general practitioners even said they would honor a patient’s request to be treated at a hospital…that was clinically inferior to that of other nearby hospitals. Patients themselves said that the nonclinical experience is twice as important as the clinical reputation in making hospital choices.”

The researchers call this push for a better bottom line the “medical arms race,” comparing the war for market share to the Cold War military buildup in the ’80s.

However, according to the study participants, the findings of the USC study in no way negate the use of non-medical amenities in providing first-rate patient care and should not be understood as a condemnation of non-medical amenities.  Dr. John Romley, a participant in the USC study remarked in a statement to Canyon News, “There is some evidence that non-clinical aspects of the hospital experience can affect patient outcomes.  In a classic study, patients in a hospital wing were randomly assigned to rooms that were identical in all respects except their views.  Some faced a brick wall, while others overlooked trees. The latter patients went home almost a day sooner, had fewer complications, and even cost less.”

When Senior Media Officer Amy Albin, from the Ronald Reagan UCLA Medical Center, was asked by Canyon News if these services increase patient health and if these services have proven to be useful in increasing the quality of life of patients, she said, “Our answer is an unqualified yes. But not the amenities discussed in the article: food, private rooms, massages, etc. The correlates of overall patient satisfaction are nurse and physician communication, emotional support, and coordination of care.”

Albin added that, “We challenge the idea that shifting to clinical quality measurement is more reflective of the spirit of HCAHPS, because the patient’s experience of care is coequal to clinical quality and is an important measure of our effectiveness as healers.”

Conversely, the USC research team argues that profit is the driving force behind recent improvements in hospital amenities, not quality of care.  As the study notes:

“In our research, we found that improvements in amenities cost hospitals more than improvements in the quality of care, but improved amenities have a greater effect on hospital volume.”  Volume indicates the number of stays in a given period.

As the USC study explains, “The question is what effect such a strategy might have on patients’ welfare, as well as on overall health care costs.”  Ronald Reagan Medical Center was refurbished at a cost of $829 million.  The study found that when surveyed, people chose hospitals with a greater basket of services, this decision being only moderately correlated with mortality rates, indicating that amenities had little or no effect on the health of consumers.

In contrast to the USC findings, data collected from non-profit healthcare systems would seem to indicate that profit motive is good, and results in better care.  According to the British Department of Health, the government-run NHS discharged 139,127 people with malnutrition in 2007.  Additionally, the NHS has 20 percent more trauma deaths than the US every year.  These extremes may not be valid in the American context in the absence of a profit-motive.

To obtain an insider perspective, Canyon News spoke with Patricia Hearnsberger, an RN who has been a licensed medical practitioner for many years, and who has seen innumerable changes in the medical profession.  It is Patricia’s view that alternative forms of medicine, like those provided by Ronald Reagan, are not always bad.  As Patricia said, “Sometimes medicines do more harm than good.  Sometimes people aren’t the same afterwards.  Patricia continued, “If you can do the least harmful thing first, that’s better.  There’s a case for alternative medicine, but people should be trained.  You are not just treating the body;  you are treating the mind. I say give it a try.”

The balance between patient treatment and patient comfort continues to remain a prominent topic of discussion in the medical community.