UNITED STATES On Friday, November 5, the House of Representatives passed a $1.2 trillion infrastructure bill  228-206 vote, which must now pass the Senate for the spending bill to become law and be implemented. 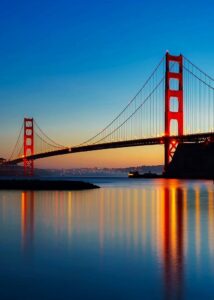 The infrastructure bill is aimed at restoring roads and building bridges. President Joe Biden reportedly phoned in during the vote to encourage members of Congress to vote in favor of the “The Build Back Better Act.”

“The Build Back Better Act will be a once-in-a-generation investment in our people,” said Biden. “It will lower bills for healthcare, child care, elder care, prescription drugs, and preschool. And middle-class families get a tax cut.”

Some members of Congress including Rep. Pramila Jayapal (D-WA), Senator Kyrsten Sinema (D-AZ), and Senator Joe Manchin (D-WV) have relayed concerns about the cost of the bill. Moderates indicated they would be more comfortable with the costs if they knew the bill would have a limited impact on the national debt.

Progressives threatened to withhold their votes until they had a Congressional Budget Office score to help prove this expenditure would not add to the national debt.

According to the Congressional Budget Office, in the fiscal year 2021, the federal budget deficit totaled close to $2.8 trillion. Close to $360 billion less than 2020’s deficit, and triple the shortfall of 2019.

President Biden pledged that the bill would be paid in full with added revenue from new taxes he is implementing including corporate minimum taxes and taxes on stock buybacks.