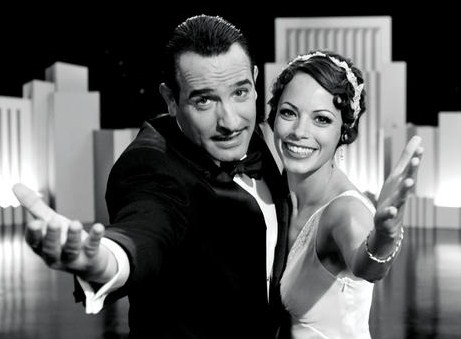 HOLLYWOOD—Every year film goers and entertainment enthusiasts across the globe express their interest in anticipation to see who will come out on top as the best of film are announced. In a few short weeks the winners will be revealed as who was the best of show.

The nominations are in for the best Films, and filmmakers in Hollywood. Nominees for ”˜Best Picture’ are, “The Artist,” “The Descendants,” “Extremely Loud and Incredibly Close,” “The Help,” “Hugo,” “Midnight in Paris,” “Moneyball,” “The Tree of Life” and “War Horse.”

Here we are with the ”˜Best Actor’ category. Actors up for the coveted award is Demian Bichir for “A Better Life,” George Clooney in “The Descendants,” Jean Dujardin for ,”The Artist,” Gary Oldman in, “Tinker Tailor Soldier Spy,” and lastly, we have Brad Pitt for his role in the film, “Moneyball.”

The ”˜Best Actress’ nominations start off with Glenn Close for her role in, “Albert Nobbs,” Viola Davis in, “The Help,” Rooney Mara, “The Girl with the Dragon Tattoo,” Meryl Streep, “The Iron Lady,” and Michelle Williams, “My Week with Marilyn.”

The ”˜Best Actor’ in a Supporting Role are as follow, Kenneth Branagh for his work in, “My Week with Marilyn.” Jonah Hill in, “Moneyball,” Nick Nolte, in “Warrior,” Also nominated in this category are Christopher Plummer, “Beginners” and Max von Sydow for “Extremely Loud and Incredibly Close.”

Now for the ladies in the ”˜Best Actress’ in a Supporting Role, surprisingly, both Jessica Chastain and co-star Octavia Spencer are both up for a nod in their roles in, “The Help,” Bernice Bejo, “The Artist,” Janaet McTeer, “Albert Nobbs,” and Melissa McCarthy, “Bridesmaids,” are all nominated as well.

Nominations in the Original screenplay category are as follows, “The Artist,” “Bridesmaids,” “Margin Call,” “Midnight in Paris,” and “A Separation.”

Taking a look at the ”˜Best Director’ category are Michael Hazanavicius for “The Artist,” Alexander Payne, “The Descendants,” Martin Scorsese, ”Hugo,” Woody Allen, “Midnight in Paris,” and last but not least, “Terrance Malik, “The Tree of Life,”

The category for Best Adapted Screenplay were, “The Descendants,” “Hugo,” “The Ideas of March,” “Moneyball,” and “Tinker Tailor Solider Spy.”

In the Best Cinematography category were, “The Artists,” “The Girl with The Dragon Tattoo,” “Hugo,” “The Tree of Life,” and “War Horse.”

Leading this year’s Oscar event is, “Hugo,” with about 11 nominations, following closely behind is “The Artist,” with 10 nominations. Coming in behind the two heavyweights is, “The Descendants,” with 5 nominations.

This year’s 84th Academy Awards will take place live on Sunday, February 26 7p.m. EST and 4p.m. PST. The event will be televised on ABC and Billy Crystal is set to host.