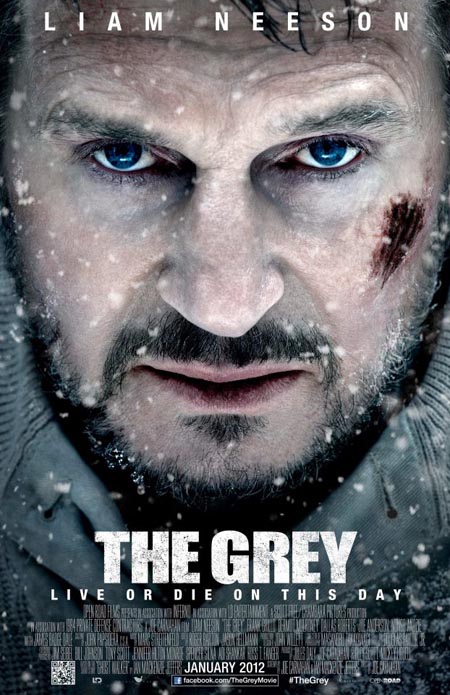 HOLLYWOOD—It has been a long time since moviegoers have experienced a thriller that involved the wicked turmoil of nature. “The Grey” is a psychological thriller that will leave audiences clinging to the theater seat with excitement. The movie stars Liam Neeson as John Ottway, a sniper who hunts wolves that threaten an oil drilling team. As an actor, Neeson has that ability to play a range of characters and easily connects with the audience as the action star.  With riveting performances in “Taken” and “Unknown,” audiences will be pleased with the character he provides in that same great vein in this flick.

Ottway is in a dire psychological state. After losing his wife Ana (Anne Openshaw), he has no reason to live and decides to take his life, but a call from nature prevents his initial decision. On the crew’s return back home, a snow storm causes the plane to crash. I must say the special effects and build up to the plane crash will unnerve the viewer. After viewing that particular scene, people may question whether they want to fly next time they travel.

Miraculously, seven people survive the crash and are left to fend for themselves in the middle of the brutal Alaskan winter. As with any thriller, the group slowly dwindles one by one, but this is a journey about survival that will keep the audience engaged. What is particularly fascinating about this film is that it tackles the harsh reality of nature.

People can be inherently evil, but nature in its own discretion is vicious.  Not only can wildlife be treacherous, but Mother Nature has no sympathy for mankind. The wicked winds that the characters encounter are atrocious and so brutal, it’s enough to cause someone to freeze to death. The thought of someone freezing to death is frightening. Snow itself is difficult to walk in, so imagine trying to run in the snow to escape a pack of vicious wolves.

The wolves are the primary antagonist in this thriller. They are smart, calculating and beyond all else, clever. Their attempt to dispatch the survivors by sending in an omega male to test the survivors sends a signal to the audience that they are out for blood. Fighting off one wolf would be a tough battle, but the thought of fending off several wolves seems impossible without a weapon with range.

Director Joe Carnahan stages the action in a way that immerses the spectator into the movie; the audience will feel as if they are in the Alaskan wildlife with the characters on the screen. At times, things are grainy, a testament to real life conditions used while filming. I must say it was a treat to see a few moments in the movie where the wicked wind and snow weren’t paralyzing our survivors.

What will have audiences talking for days is the tantalizing ending to the movie which I won’t spoil, but I will say it’s a battle between the alpha male wolf and one of the survivors (you can take a wild guess as to who will be the last one standing). I just remember watching that climatic scene and waiting for this epic battle to occur. The movie has an ending that will leave the audience speculating as to what exactly occurred.

“The Grey” is an edgy thriller that examines the harsh reality of nature. While at times that force can be pleasant, at other times it can be a force to be reckoned with. This is a film that will cause audiences to think about survival, but more importantly, about how people interact with one another when in dire straits.