SANTA MONICA—On Monday, October 10 at 3:52 p.m., Sergeant Albert Ramirez of the Ventura County Sheriff’s Office (LCSO) announced human remains were found in the Santa Monica Mountains in the 2600 block of April Road. They were found west of the King Gillette Ranch in Agoura Hills on October 3, at 5:56 p.m. and belong to Jose’ Antonio Velasquez, 35, who was reported missing on July 30. 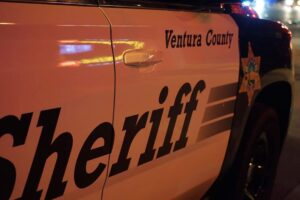 Reports indicate the disappearance of Vasquez was under suspicious circumstances at the time. The cause of death is currently under investigation.

Velasquez came to the U.S. from Honduras in 2016. He first worked as a plumber and later after obtaining his license, as a general contractor. He resided in Camarillo.

The family reported the last time they saw Vasquez was on July 27, before he left to meet some friends at Janss Marketplace in Thousand Oaks.

On August 1, the work van belonging to Vasquez was found parked and undisturbed in the 1600 block of Conejo Boulevard in Thousand Oaks.