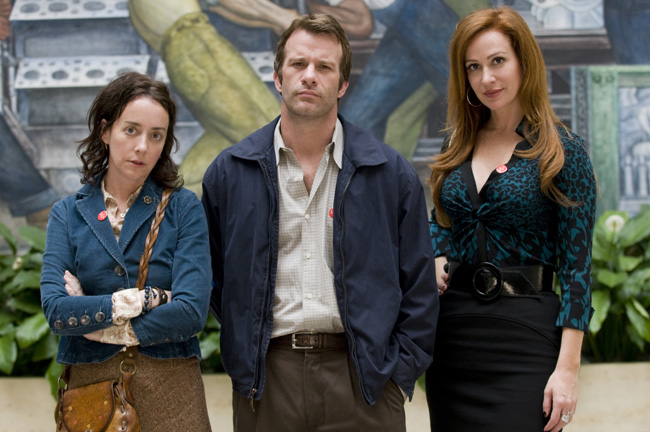 HOLLYWOOD—Last night, Ray’s hopes of a reconciliation with Jessica may have been dashed. However, Thomas Jane’s performance may land him an Emmy next year. While eyeing a possible second chance with Jessica (Anne Heche), Ray (Thomas Jane) contemplated a break from the business ”“ but Lenore (Rebecca Creskoff) was not be willing to give him up without a fight. Lenore has become a thorn in Ray’s side, but the actress who portrays her is incredible in the role.

Emotionally frayed after separate encounters with Damon (Charlie Saxton) and Vera-Joan (Rhea Perlman), Tanya (Jane Adams) visited Frances (Roxanne Hart) and Ray to try to make amends. Rhea Perlman was great last night and she adds such a special dimension to the already vibrant daughter Tanya. Seeing Tanya eat crow last night, trying to make amends for mistreating all of the people who have loved her in the past was a lot of fun to watch. She proved to the viewers that she was not the sleazy pimp that she’s been trying to prove she was.

After getting a lift from Mindy (Amy Farrington), Ronnie (Eddie Jemison) returned home to find that Jessica has made a decision that could impact both their futures. Next season is going to be even more exciting than the previous two. HBO’s “Hung” was titled “Even Steven.” Though I feel unlucky that I won’t have “Hung” to watch next week.