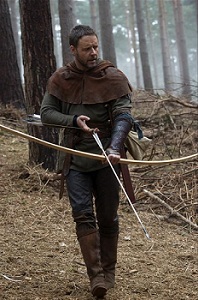 HOLLYWOOD—In case you haven’t heard,  you’ll be able to sing along, smell along and snack along with “Iron Man 2” when it hits theaters on May 7. No surprise here, with the return of the invincible hero, the deluge of product placements follows with Diesel’s 2009-released fragrance for men. The musky, intense, hint of sweetness is packaged as a fist-shaped bottle in Iron Man’s trademark red and gold.

Columbia Records and Marvel Studios released “AC/DC: Iron Man 2,” a compilation of 15 classic AC/DC songs taken from 10 of the band’s studio albums. Unsurprisingly, fans of the band and the movie can watch a music video of “Shoot to Thrill,” complete with exclusive footage from “Iron Man.”

Ah, capitalism. Reese’s got in on the action too, with “Part Chocolate. Part Peanut Butter. All Hero,” a promotion offering prizes in the King Size Reese’s Peanut Butter Cups. The grand prize winner will win a trip to Marvel Studios and a walk-on role in a future Marvel film.

Speaking of films, “Robin Hood,” starring Russell Crowe is among the first films of summer, galloping into theaters on May 14. Get this, thanks to a new book we are reminded that Russell Crowe is not only a big-time movie star who has another Ridley Scott-directed epic coming out in a few days, but that the actor is one angry dude or was. The new book “The Men Who Would Be King: An Almost Epic Tale of Moguls, Movies, and a Company called DreamWorks” offers some supposed “Gladiator”-era Crowe hindsight, adding nicely to his mythology. When Crowe thought DreamWorks was low-balling his assistants on “Gladiator,” he called one producer at 3 a.m. and threatened to kill him with his bare hands, says author Nicole LaPorte in the book. Interesting.

Another interesting book is “Lemonade Mouth,” by Mark Peter Hughes, that centers around five high school freshman from Rhode Island who meet in detention, discover each others’ musical talents and decide to form a band called Lemonade Mouth—a reference to the school’s frozen lemonade machine. The band distinguishes itself from other garage bands since it incorporates unusual instruments including the ukulele and the congas. The movie, based on the book is being positioned as Disney’s next attempt at recreating “High School Musical” madness. You might recall, Disney had great success with “High School Musical 2” whic remains the most-watched cable program of all time, attracting 18.6 million viewers when it aired back in 2007, with the Jonas Brothers “Camp Rock,” the most-watched telecast of 2008, drawing 10.1 million viewers.

Rose’s Scoop: Actor Jack Nicholson missed an L.A. Lakers game to go to Newark, N.J. to be honored into the third annual New Jersey Hall of Fame on May 2. You gotta love him!  The Neptune, N.J. native talked about his love for his home state and the Jersey Shore, which ran “from Red Bank all the way down to Point Pleasant.” Hats off to Jack.