Did you know that 49.4 percent of children aged 6-12 receive Social Security disability payments because they have mental illness, according to SSA?

Are you aware that mental illness is not the same as mental retardation? One is usually the result of a genetic or traumatic injury and familial or socioeconomic are usually to blame for the other. There is not one single factor to blame for either mental conditions, and still very much that we do not understand.

One thing we do know?

According to Harvey Wallace & Cliff Roberson in Family Violence: legal, medical, and social perspectives (p. 63), one of the eight most common fractures in child abuse cases is to the “bony framework of the head.” The same authors uses page 41 to inform the reader:

“The physical battering of children is not a new phenomenon. Children have suffered trauma at the hands of their parents or caretakers since the beginning of recorded history.”

Physical abuse can be the cause of mental retardation just as other abuses cause mental illness.

Incredibly, there was a book published in 145 years ago by Professor O.S. Fowler that tells us how even the slightest non-physical forms of verbal and emotional abuse have been identified as problematic! Besides warning that younger men and women should not try to procreate or else produce non-mature children born of non-nature parents, he also discusses different types of factors that have big consequences on the growing psyche!

For example, Fowler says that continuous chastising (to inflict punishment, censure severely) a child will make him or her, “a poltroon (spiritless coward) in that portion, lowers resolution to cope with difficulties, humbles the spirits, unnerves and crushes” (p. 845-846).

No wonder depression is the MOST COMMON mental problem in the United States.

How responsible is a society that outwardly and consistently speaks of fear regarding what is happening with the FINANCIAL aspects of Social Security and its availability in the future, but does not question or demand a STOP to what is causing the children of America to be mentally disabled and dependent on government assistance as adults?

If we are willing to send troops and even ‘good cause’ civilian groups like Doctors without Borders to other countries and risk our lives for humans and animals alike then it is only logical that we show a good example here in America.

Sexual assault crimes have declined by nearly 50 percent but according to RAINN.org there are still an average of 293,000 new rape victims per year, and please do not forget that of 82 percent of sexual assaults are done by “non-strangers” to begin with.

Army Moms are “twice as likely” to physically abuse their children while husbands were deployed, according to interesting Pentagon-funded research.

National Children’s Alliance reports more than 315,000 child victims of physical abuse were treated by advocacy programs in 2014 and 205,000 of those also reported sexual abuse.

These facts solidify something that is known but civil liberties prevent Uncle Sam from doing something about it: parents and the choices they make behind closed doors are the biggest causation of defective and disabled personalities in children, with the rare exception of factors that are outside of a human’s control (disasters, genetic abnormalities, etc.).

There are many people who do parent children before releasing them into the world at adulthood, but you must understand that there are many who are being bred instead of parented, at an overwhelming rate.

The National Academies of Sciences, Engineering, and Medicine put a report out in 2015, saying “it is clear that poverty is also associated with other social disadvantages.” The report is jammed full of people we should be listening to, such as Amy Houtrow: an MD who cares about the children of this country, and tells us “children living in poverty are more likely than other children to have mental health problems.”

Anyone working with youth knows it is true. The statistics are disturbing. Toddlers on Ritalin.  A rise in youth with mental disorders.

Frontline telling us that juveniles are being treated like adults in the criminal system, yet no one is willing to admit that rehabilitation is Uncle Sam’s only choice. It is not legal to tell parents what behaviors can and cannot be taught, therefore Uncle Sam can only punish and “rehabilitate.”

Our youth are out of control, fueled by a nearly lawless culture. Go to your favorite search engine and type in “kids fight.” View the large assortment of videos.

America is suffering from a widespread personality disorder, and the only way it will be reversed is to treat the personality as something important and to be nourished. Teach how leading by example is just as important as giving a child milk for bones or breakfast for the brain and productivity.

Expert Alan Wolfelt teaches us, in Helping Children Cope with Grief, that a child’s response will always be determined by how he or she has been taught to emotionally react.

With medicaid spending up to a whopping $492.3 billion in 2014, is Uncle Sam ready to address his contribution to the drain by not addressing the parental freedoms that lead to generational welfare and/or disabled youth?

Why are poorer children more likely to develop mental illness?  Why hasn’t there been a national public outcry to address why children are becoming disabled within the home?  Why they are behaving in outstandingly deviant ways and at younger ages?

Big Thinker Kas Thomas makes a statement that rings true: “many neuropsychiatric problems (including schizophrenia) are familial, and most people blindly equate “runs in the family” with genetics. But the fact is, wealth, poverty, child abuse, eating/drinking habits, and many other things “run in families,” yet no one seriously suggests high net worth (for example) is genetic.”

Consider the words from a fortune I opened recently: 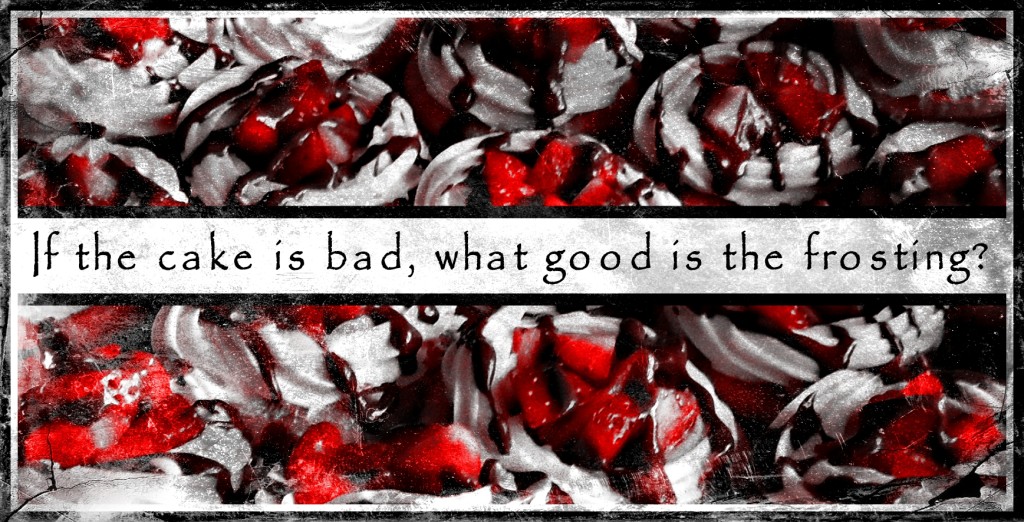 Let’s think about that for a moment. We are living in a society that can say something so powerful and nonchalant, that sums up the state of mental health across America, yet we continue to close our eyes and instead focus our attention…