UNITED STATES−Current arrest records have been made available for Kyle Jeffrey Jurek, a presidential campaign field organizer for Senator Bernie Sanders was arrested on January 7 and is being held without bond according to arrest records from the Polk County Jail. He was arrested for possession of drugs and failing to have insurance. Records indicate this is Jurek’s third  arrest. In this instance,  Iowa State Patrol was the arresting agency.

Project Veritas is currently investigating Jurek and reported that he made terrorists threats. There is footage of Jurek using profanity, and warning of the wrath that will follow should Sanders not be elected President of the United States.

“If Bernie doesn’t get the nomination or it goes to a second round at the DNC Convention, f*cking Milwaukee will burn,” said Jurek. “It’ll start in Milwaukee and when police push back on that, then other cities will just f*cking [hand explosion].”

“The cops are gonna be the ones that are getting f*cking beaten in Milwaukee,” said Jurek. “They’re gonna call up the National Guard for that sh*t. I promise you that.”

“I’m ready to throw down now. I don’t want to wait and have to wait for f*cking DNC…The billionaire class. The f*cking media, pundits. Walk into that MSNBC studios, drag those motherf*ckers out by their hair and light them on fire in the streets. Well, I’ll tell you what in Cuba, what did they do to reactionaries? You want to fight against the revolution, you’re going to die for it, motherf*cker.”

A Project Veritas journalist asked Jurek, “So, if Trump gets re-elected?” 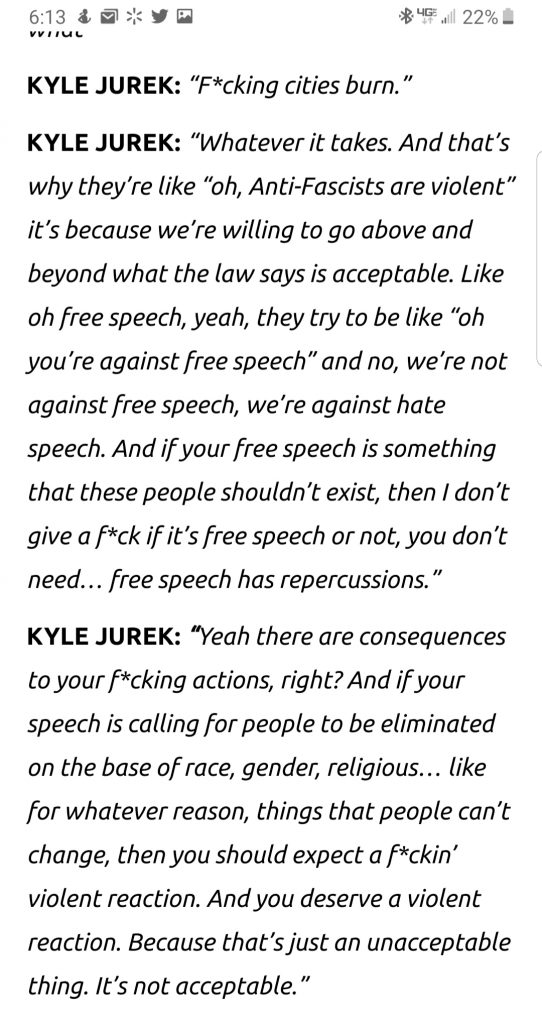 “The only thing fascists understand is violence.  So, the only way you can confront them is with violence,” responded Jurek.

Canyon News contacted the Polk County Sheriff’s Office, but did not hear back before print.

A Traffic Collision Leaves one Dead On 101 HWY