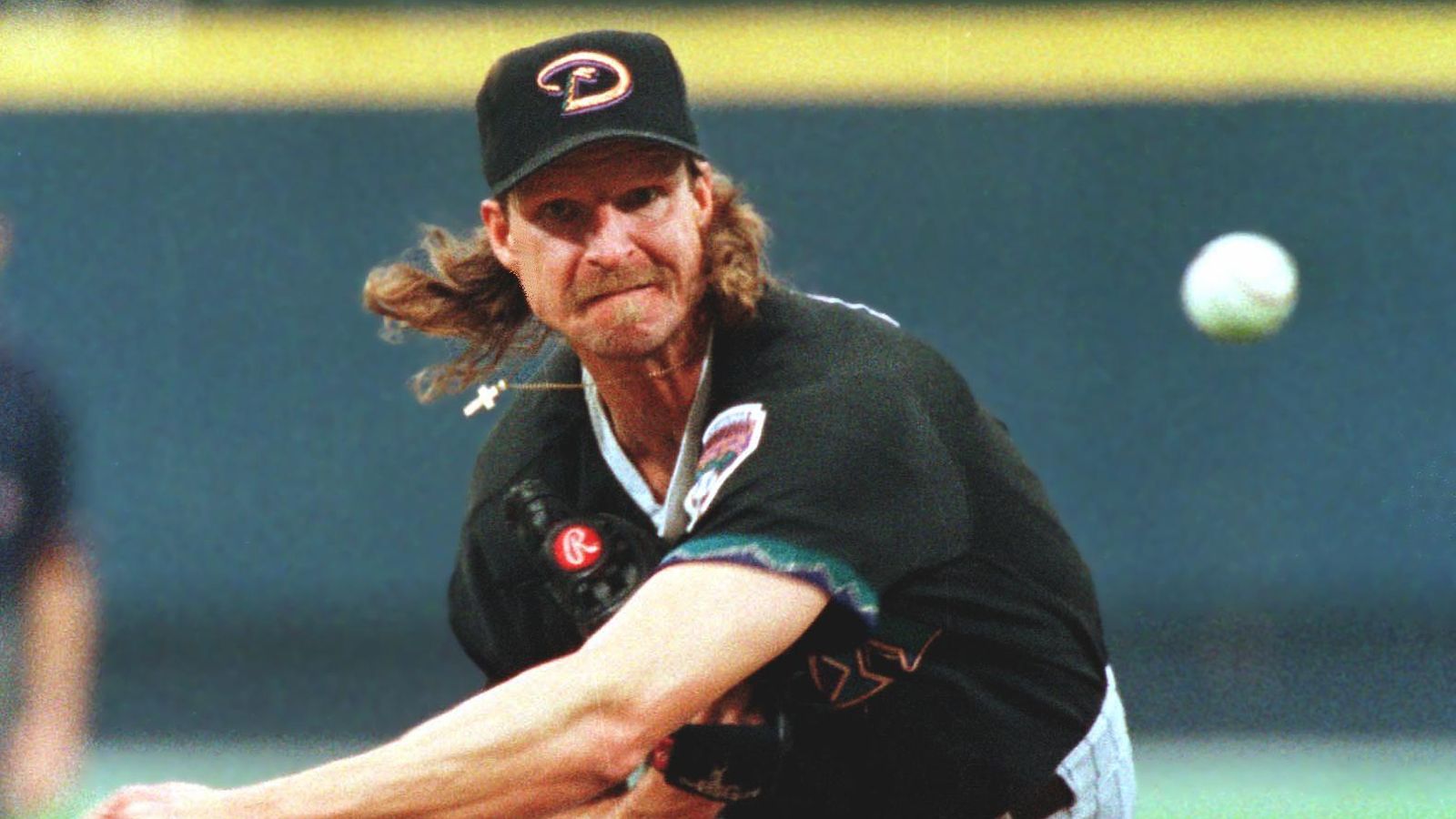 “I chose to go to college to further my education,” Johnson said during his acceptance speech in Cooperstown. “I played for the legendary baseball coach Rod Dedeaux at USC…I didn’t learn how to throw a lot of strikes there, but I did learn how to take a few pitchers and that’s my passion today, always has been and always will be.”

Johnson, also known as the “Big Unit,” played 22 years in major league baseball, most with the Seattle Mariners and the Arizona Diamondbacks.

His 303 career victories rank as the fifth-most by a lefthander in major league history, while his 4,875 strikeouts place him second all-time behind Nolan Ryan and are most again by a lefty. He holds five of the seven highest single-season strikeout totals by a lefthander in modern history.

Johnson, one of the tallest players in major league history, was a 10-time All-Star, won the Cy Young Award five times, second only to Roger Clemens’ seven, and was celebrated for having one of the most dominant fastballs in the game. He regularly threw pitches across the plate at 100 miles per hour during his prime.

He was named co-MVP of the 2011 World Series, leading the Diamondbacks to a championship in only their fourth year of play.

Johnson will enter the Hall of Fame as an Arizona Diamondback along with pitchers Pedro Martinez, John Smoltz and infielder/outfielder Craig Biggio.

The former Trojan was enshrined in Cooperstown after a moving speech. His family, friends and former college and pro teammates were there to support him.

“I’m so happy to be elected to the Baseball Hall of Fame and be in the greatest fraternity of all time, and [thanks] to you, the fans, for sharing this great moment with me,” said Johnson.