UNITED STATES—Judicial Watch filed a Freedom of Information Act (FOIA) suing for records to expose the credibility of the alleged whistleblower and the impeachment hearings involving President Donald Trump. 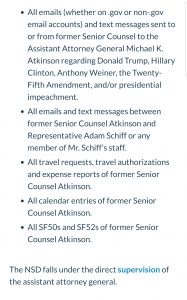 In a press release from Tuesday, December 3, the organization filed a lawsuit against the U.S. Department of Justice for all records and communication of the DOJ’s former Assistant Attorney General Michael K. Atkinson in the National Security Division(NSD) from 2016-2019.

Judicial Watch noted that Atkinson changed his standing practice of requirement that whistleblowers must present only first-hand information to be proven credible. Once the complaint was received and a recommendation was made by Adkinson, the complaint would be sent to Congress, the Department of National Intelligence, saying it was based on opinion. Acting Director, Joseph McGuire said the complaint was “essentially, hearsay” and “corroborated by other folks.” 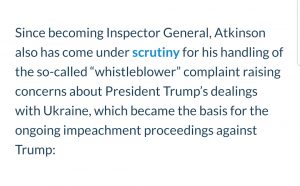 Once the name of the whistleblower was leaked to the press, Atkinson told Congress he was unaware that the whistleblower had gone around him to Schiff and his staff before submitting to the Inspector General’s Office.

Tom Fitton, President of Judicial Watch stated “Mr. Atkinson has been a key Deep State official involved with questionable and abusive investigations of President Trump.” and “As Adam Schiff keeps Atkinson’s testimony on the impeachment attack on President Trump Secret, Judicial Watch goes to court for transparency under law.” 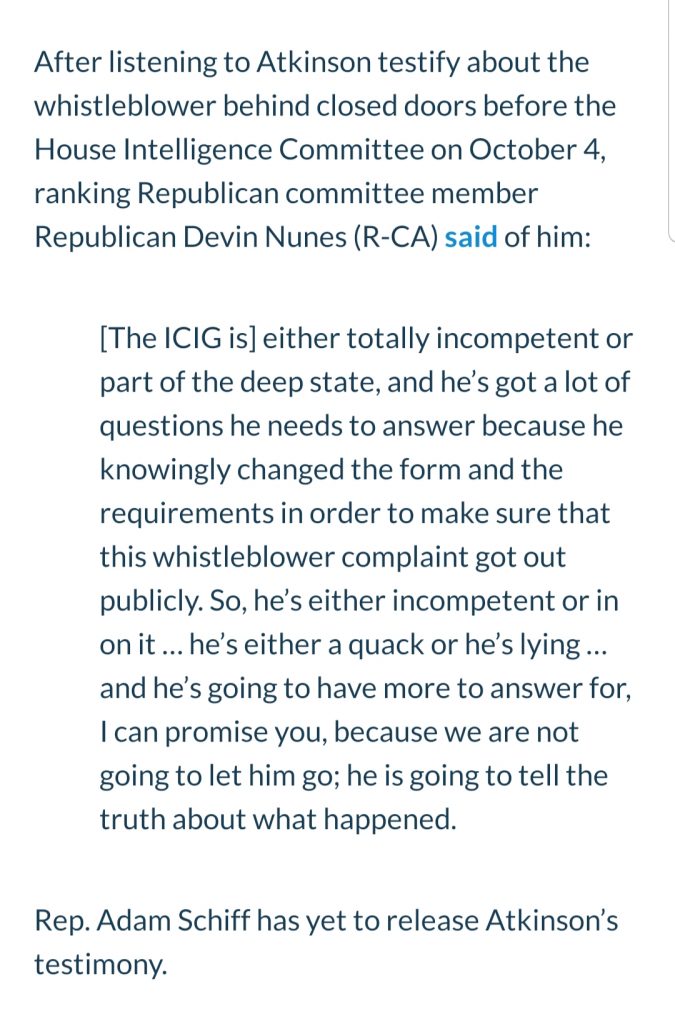