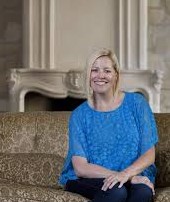 LOS ANGELES—Julia Robertsâ€™s half-sister Nancy Motes was found dead in a bathtub at a Westside home on Sunday, February 9.

The Los Angeles Police Department informed Canyon News that there is an ongoing death investigation. According to multiple reports, no evidence of foul play has been found, but the speculation is that a drug overdose may have taken place. The Coronerâ€™s office has yet to release an official report with a cause of death.

Motes, 37, was the youngest of three siblings. In a statement to People magazine, the family is reported to be both shocked and devastated.

Roberts has since cancelled appearances on Jimmy Kimmel Live. Her representative told E! News she was not present at Mondayâ€™s Academy Awards luncheon so she could be with family.