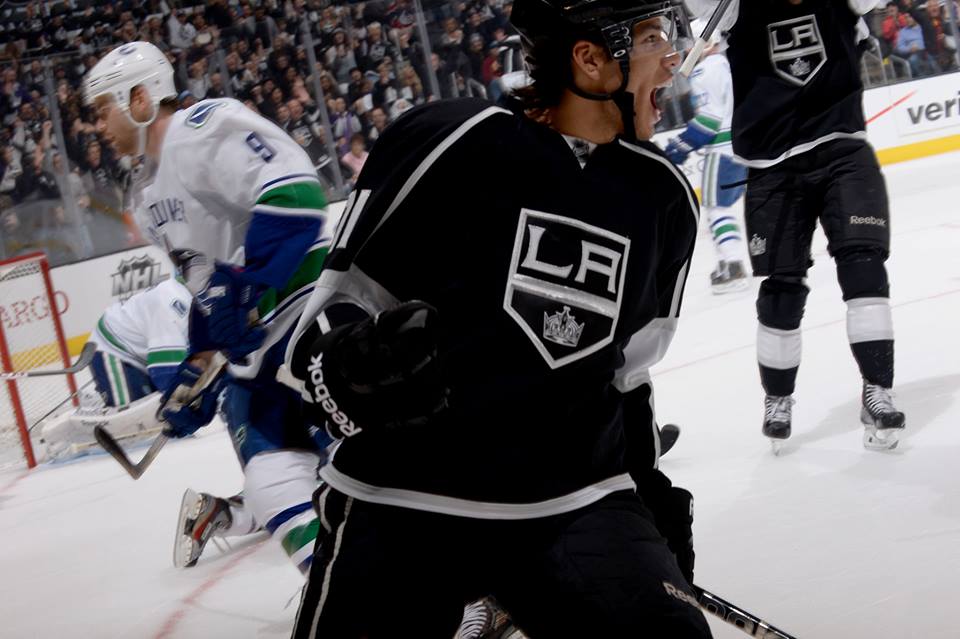 LOS ANGELES—Los Angeles King’s center Tyler Toffoli had one of his best games of the season with two goals for the 21-year-old, who led his team to a 5-1 victory over the Vancouver Canucks at Staples Center on Saturday night. Los Angeles scored three unanswered in the second period to hold the Canucks to just four shots in the third to improve to a two-game winning streak.

It was a game the Kings needed in order to get out of the middle of the Pacific Division and prove they can be a contender from start to finish. They began the scoring binge on a two man stretch pass by Linden Vey to Jordan Nolan who weaved through traffic and score his third of the season. Toffoli added his name on a tip in play from Mike Richards and Drew Doughty in the final seconds of the first.

Vancouver’s only chance arrived at 8:52 with Dan Hamhuis firing from the far end on a rebound that went high on the slot to cut the Kings lead in half. The Kings made the Canucks goal go unnoticed as they scored three goals within two and a half minutes. The first came midway into the second with Mike Richards scoring his fifth on a wrap around the net that beat the pad ofVancouver goaltender Roberto Luongo.

The Kings made it 4-1, with Justin Williams playing the key man in front while the fight for the puck behind the Vancouver net ended with his centering shot recording his sixth and giving Anze Kopitar his 13th assist. Richards added his 11th on Toffoli’s goal at 12:33 where his second shot on the play found its target and gave him two on the night.

The third period was left to the Kings defense to do well on the fore check and retain their lead albeit the chance of a comeback was a slight possibility. The Kings’ goaltender Jonathan Quick had his support in front of the net stopping four shots in the period to improve to 10-5-0, making 25 saves and a .962 save percentage. Quick and the team could make a run into contention with the division leaders as they set off for a four game sweep through theNew York area beginning with Buffalo on Tuesday.