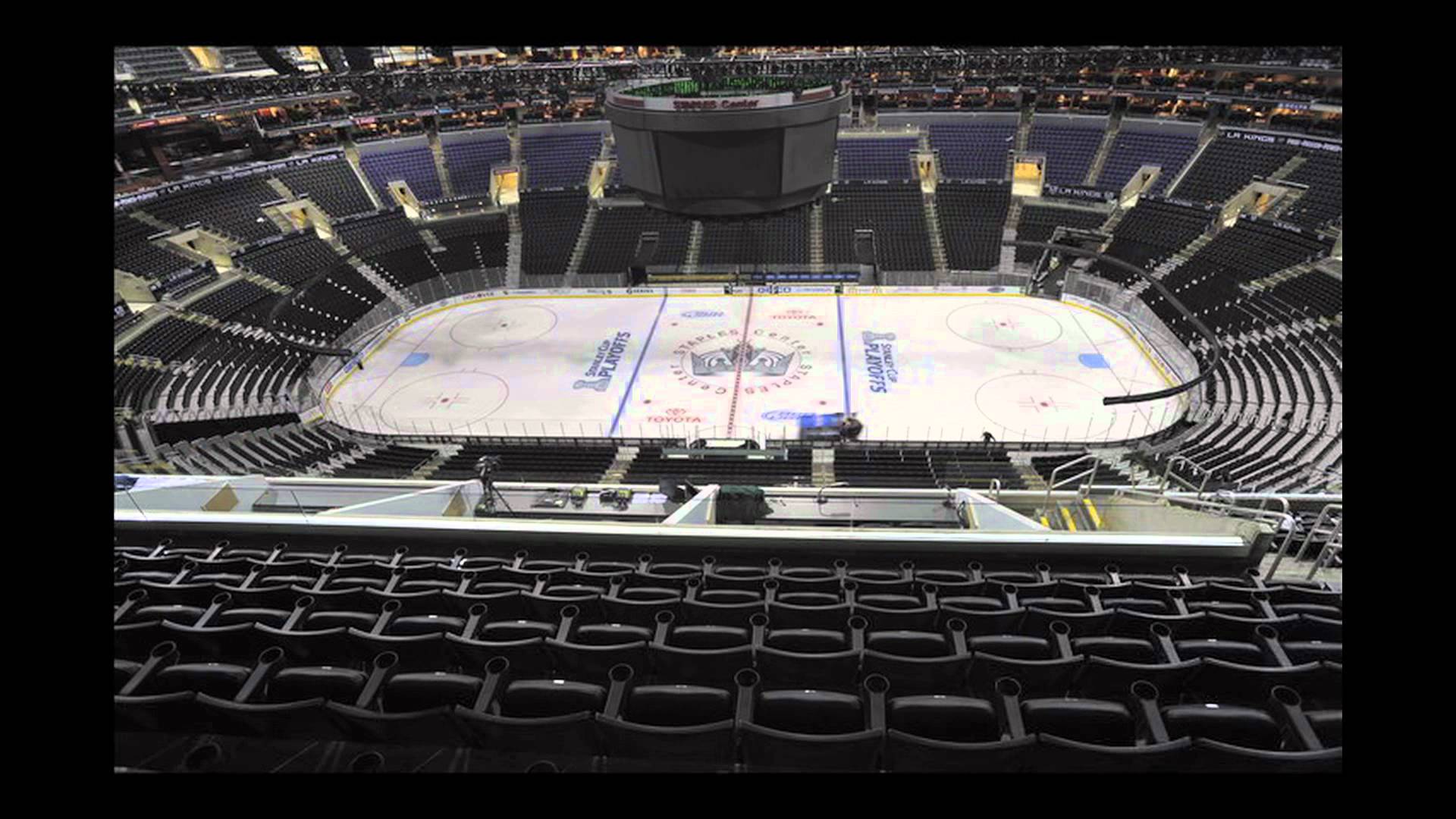 LOS ANGELES—The maintenance crew at the Staples Center had extra hands on deck to help on Monday, August 31, as preparations began for the Los Angeles Kings 16th season.

The franchise invited a group of season ticket holders to help hand-paint some of the lines and logos on the ice as a part of a special kick-off event with loyal fans to celebrate the 2015-16 season, which begins with a home game on October 7 against the San Jose Sharks.

After the downtown arena cleared out post a Los Angeles Sparks win Sunday, August 30, the floor was stripped down to its core of concrete and the crew began a 12-hour long process of cooling the arena.

“To make the ice for the NHL season, we use approximately 10,000 gallons of water within a three-day period,” said the building’s operations manager, George Rios.

“We start off little by little, we start cooling down the building, it takes approximately 12 hours to cool the concrete slab – for us to make the ice, we need to get the slab down to 18 degrees Fahrenheit. So, the cooling process starts from the night before, our crew comes in at around 6:00 a.m., we start spraying a thin layer of clear water – we call that sealing the concrete.”

Once the first sealing process is complete, the ice is covered in white spray paint, a mix of powder and water, followed by another layer of clear water sprayed on top to seal the paint.

The next step is the hand painting that, according to Rios, can take up to 12 hours to complete.

Fans invited to the painting party were able to write personal messages to the Kings on the ice that they will be able to see all season long.

A season ticket holder of eight years, Kerri Northrup, was on the ice for the first time ever and despite some cold feet, literally, she had a great time making memories with her favorite franchise.

Thank you to head ice engineer, George Rios, for getting the ball rolling on the 2015-'16 season today! pic.twitter.com/tWwYtThOnA