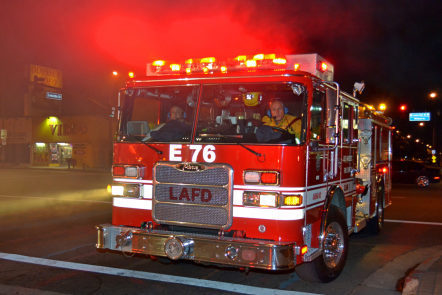 LOS ANGELES – On March 20, recruitment for the Los Angeles Fire Department was stopped by Mayor Eric Garcetti due to the discovery of the department’s “fatally flawed” hiring methods.

Mayor Garcetti and the Fire Commission demanded earlier this month for a thorough examination of the LAFD’s recruitment process after the Mayor noticed and remarked on the imbalance of predominantly Caucasian applicants in the Department.

According to the LAFD News & Information website, Interim Fire Chief James G. Featherstone revealed that following an investigation, “at least two interview and rasume preparation workshops organized by a member of the LAFD… were advertised via LAFD email and were intended to be limited to members of the LAFD Cadet Program and family of LAFD members. While these actions may have been conceived in good faith, the result was a recruiting and hiring process that was less than fair and impartial.

Interim Fire Chief Featherstone further added, “We have engaged the RAND Corporation, a non-profit research organization, to conduct an expedient and multi-phase review of the LAFD hiring process in order to recommend ways to improve our hiring policies and practices. The recommendations will be aimed at providing an equal opportunity of being hired to all qualified applicants for the position of firefighter and RAND will suggest methods that can be implemented to improve the demographic diversity of future LAFD recruits.”

He also informed the public that “The current hiring eligibility list will be allowed to expire and the LAFD will not begin any additional recruit training classes using this list.”

Individuals looking for information concerning RAND’s potential recruitment reforms towards the LAFD can find it at the LAFD News and Information website.