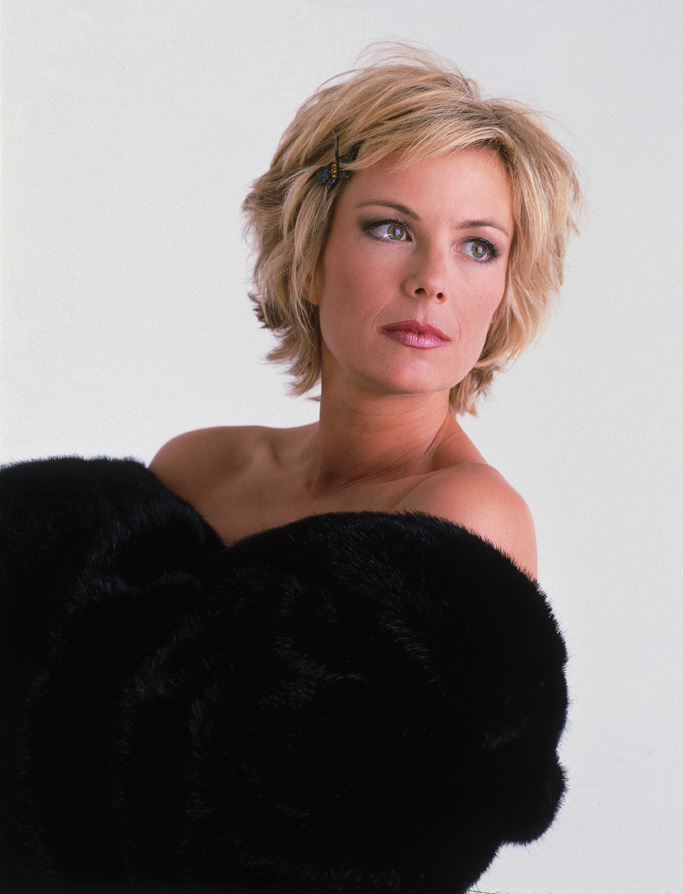 HOLLYWOOD—This week’s leading ladies gold standard recipients are Katherine Kelly Lang as Brooke Logan Forrester on CBS’s “The Bold and the Beautiful,” and Tracey E. Bregman as Lauren Fenmore Baldwin on the number-one rated drama “The Young and the Restless.” Both Lang and Bregman showcase great emotions and their characters faced secrets being revealed that would change their lives forever. With so many wonderful leading lady performers this week in soaps, it was a difficult choice to make, but these two thespians consistently offer great range and intense beauty as Brooke and Lauren.

Brooke didn’t know where to turn. On Monday she walked into the Forrester cabin in Big Bear, only to find her mother-in-law Stephanie holding a gun on her father Stephen Logan. By the end of the episode, Brooke and Stephanie were having yet another one of their exciting verbal sparring exercises. Stephanie told Brooke, “You are a screw up, you will do something again to hurt Ridge, maybe you have already done it.” Those words and Daddy Yankee’s tunes played in her head over and over. Bradley P. Bell, the show’s brilliant award-winning head writer and executive producer knows fans can hardly wait for Brooke’s adultery with her teenage daughter’s boyfriend Oliver to come to Stephanie’s attention. Midweek Brooke found herself being interrogated by Oliver, who found out from Brooke’s daughter Hope that having an affair with her daughters’ boyfriends or spouses is nothing knew to the sexiest woman in the world.

Brooke’s secret can’t be hidden long. Not only is Stephanie meddling, but so is her namesake Steffy, who is Brooke’s stepdaughter. Oliver is having bouts of guilt and Marcus saw a little too much the night of his cousin Hope’s graduation party. Trouble is ahead for Brooke, and Kelly Lang plays it best when Brooke’s back is up against the wall, or her neck is in Stephanie’s clutches.

Tracey Bregman does it again. Just after she played a marathon of emotions finding her doppelganger Sarah on the other side of a pistol, now comes a huge Genoa City secret, thanks to “Y&R” head writer and executive producer par excellent, Bel Air resident Maria Arena Bell. On Monday a crestfallen Jill Abbott arrived at Lauren’s door. After Lauren let the lady in, she was told by Jill that they are half sisters. Lauren’s relationship with her dad was strong and very solid, but even the greatest father may have kept this secret from her.

Will Jill want her part of the Fenmore fortune? And will Lauren really be able to keep peace between herself and her long lost sister, who has bickered with Katherine Chancellor for nearly a half century? Tracey played the scenes incredibly. From shock to sensitivity, she proves that she’s one of daytime’s best actresses. Her range never ceases to amaze fans or her bosses at the hit soap.

Both Photographs are Courtesy: CBS