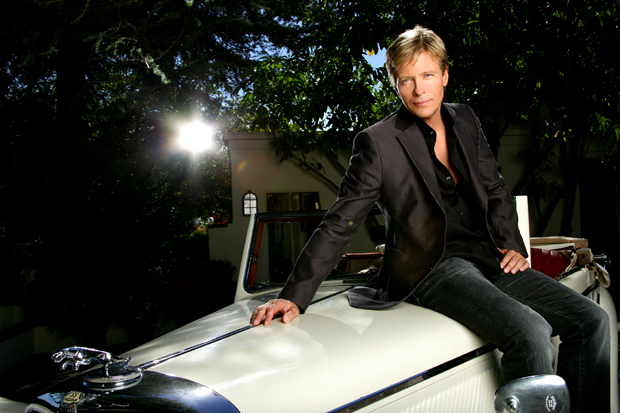 HOLLYWOOD—This week’s leading man gold standard goes to “The Bold and Beautiful” megastar Jack Wagner, who plays Nick Marone on the CBS soap. Jack Wagner’s character Nick has divorced his wife Bridget, after she slept with his mother’s husband and got pregnant, but he’s also hesitant to make a commitment to employee and lover Aggie. Wagner knows how to play the scenes with both talented Ashley Jones and Emmy-winner Sarah Brown, as he does with all of his costars. Nick’s disdain for his stepfather Owen is evident in Wagner’s sensational performance and his feelings of betrayal with Bridget the actor plays perfectly.

Perhaps Wagner realizes that he’s still winning over hearts and minds of female viewers on a daily basis? Whatever he is aware of, he also knows that fans love to see his character in the middle of turmoil. Jack Wagner plays all of it so brilliantly. This week Nick was mortified that his mother and her husband were still doing a PR campaign that puts them front and center in the company’s marketing strategy. Nick reminded his mother, Jackie, her cheating husband, Owen and his pregnant ex-wife, Bridget that their scandal at Jackie M is as potentially damaging as the latest scandal that hit Forrester Creations a week earlier. Everyone around the office is trying to get Nick to soften up his stance against Owen, but Wagner knows how to play Nick as real man, not a wimp. He knows that no real man would quickly forgive his stepfather for sleeping with his stepson’s wife.

The handsome Jack Wagner is one of the most talented in daytime television and he manages to play every emotion that a leading man is suppose to convey to the audience. Nick went from shock, to anger, to resentment, then ultimately disbelief when he found his family and coworkers were not paying attention to his warning of Bridget’s affair with his mother’s husband Owen becoming a business altering disaster. Jackie and Bridget have blinders on when it comes to the potential for danger. The two women believe that love can conquer all. While Owen is so ecstatic to be a father soon and Aggie is following Nick around like a puppy in love.

Not only is Nick the only one at Jackie M with his head on straight, but Jack Wagner is an actor who has his head on straight as well. The undeniably handsome superstar makes the role of Nick Marone more exciting by the episode. The show’s Emmy-winning head writer and executive producer Bradley P. Bell has a lot of surprises coming to CBS fans in the coming weeks. Don’t count Nick out. His heart may be broken, but he’s a man that can turn things around. Jack Wagner’s extraordinary performance this week lands him on the top of the daytime heap of talented leading men.

You Are Responsible For Your Health