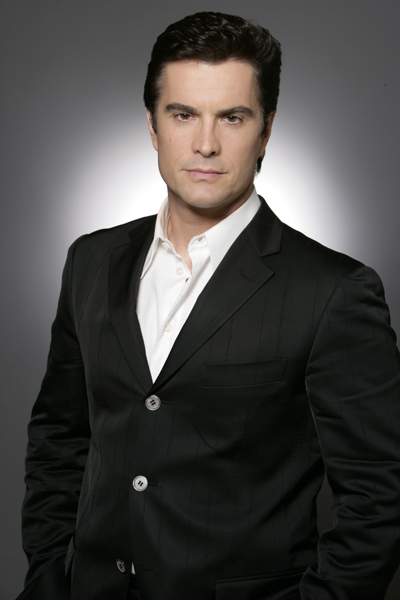 HOLLYWOOD —This week’s leading men gold standard goes to three perfectly talented actors: Joshua Morrow, who plays Nick Newman on “The Young and the Restless”; Rick Hearst, who plays Whip Jones on “The Bold and the Beautiful”; and Jon Lindstrom, who portrays Craig Montgomery on “As The World Turns.” All three handsome actors played characters who faced challenges this week. Morrow as Nick had to tell his wife that he needs to have private time to bond with his daughter Faith by ex-wife Sharon, Whip broke the Ridge Taylor bond and became the new-love of Taylor’s life and Craig was concerned about Carly’s well-being while he faced danger of his own.

Joshua is one of the most popular actors in the world, playing the role of Nick Newman on “Y&R” for over a decade now. The handsome actor doesn’t just rest on his laurels, as he showed viewers this week, when Nick was beginning the bonding process with his baby Faith, that his brother Adam had kidnapped and given to their stepmother as her own child. Nick vented to Sharon and Phyllis how he’d like to strangle his brother Adam and will never forgive him for causing such heartache in their lives. He also had to face wife Phyllis with the requests of his ex-wife Sharon’s desire to have only the two of them bond with daughter Faith and for Nick not to include his current wife in the process. Morrow played it very calmly, but you could see anger seething through his calm but intense demeanor. What makes Joshua such a wonderful actor is that he lives his role. For the hours the guy is on the soundstage at CBS TV City, he is no longer Joshua Morrow, but Nick Newman. Whatever he’s doing, he continues to do it all at the level of perfection no young actor around can accomplish.

Rick Hearst hasn’t just won two Daytime Emmys because he’s a pretty face. He’s a lot more than that. For most men who walk into the Ridge, Brooke and Taylor triangle that has gone on for almost three decades, they shutter at the idea of breaking the bond that Ridge has with these two women. Whip took a chance at it years earlier with Brooke and failed, but not a shy one, he just took his time to romance and seduce Taylor. Taylor seems to genuinely be in love with Whip and the handsome PR executive is surely a man on a mission. He’s going to make Taylor happier than Ridge ever could and the intensity and tenaciousness of Whip Jones has even startled Queen Stephanie and her son Ridge. Fans are rooting for Taylor to keep Whip around. We know there has to be turmoil and drama in any soap marriage, but it’s wonderful seeing Rick Hearst so charming in a role that has not always been that.

Jon Lindstrom has often played a psycho. From his “General Hospital” days the guy played a maniac. Now as Craig on “ATWT,” Jon has to play it less psychotic and more devious. He’s taken the role to new heights. No actor who preceded him in the role has given it such a multi-dimensional look as the current portrayer. Having a stalker is a frightening thing for anyone to deal with. Craig is now finding out that he’s not invincible. Not only is Craig finding out he’s not untouchable, but to have his son Johnny in his life, it’s now very different for the character. Jon Lindstrom has always had the ability to turn his emotions on and off whenever it was right for the storyline. Fans know that Craig’s life is about to change and he may actually meet his match in the weeks to come. Maybe not!

Nick, Whip and Craig are played by three of the most fascinating men in all of television and certainly rock solid actors in the daytime drama genre.