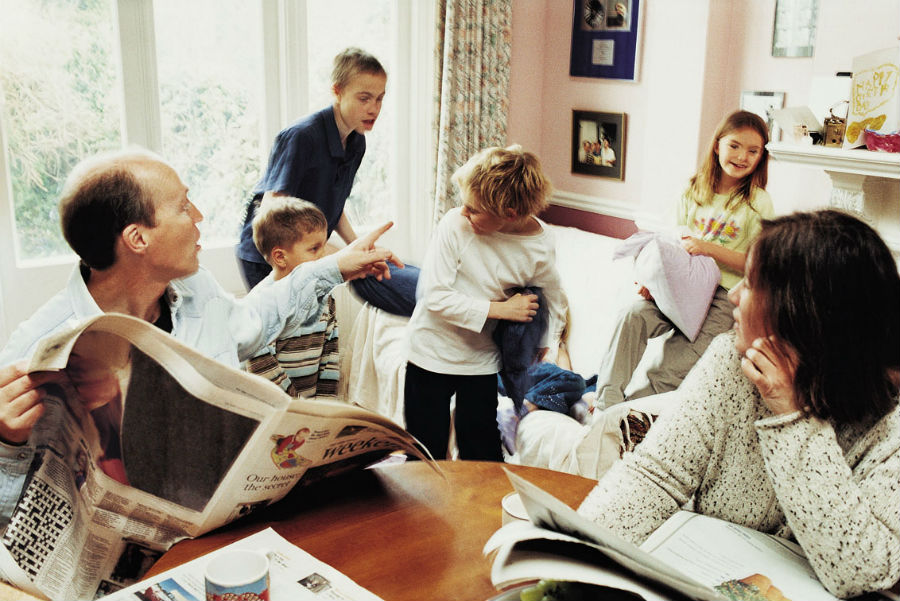 UNITED STATES—This week I found myself in a bit of a predicament. I had to swallow my pride and apologize for being a complete a**. I’ve been told I can have a bit of a temper, but I like to believe I am able to control my temper for the most part. Only a few things annoy me: people who act stupid when they know the answer to a question and people wasting my time. I think the latter is more important to me because I have very little free time.

Some people say I’m a workaholic, and I will hold that to a degree. There are things that I want to accomplish in life and we live in a world where you need money to make those things happen. As a result, I sometimes put things on the backburner that I should not. So going back to the beginning, I have 5 siblings: three brothers and two sisters.

Siblings argue, sometimes we fight, but sometimes we fight over stupid stuff, and this week I did that with one of my siblings. As I write this column, it just makes me reflect even more how I should have let go of that small argument right away because it was pointless. After realizing that I hurt my sister’s feelings with my actions, I immediately apologized. That is one thing anyone who knows me understands completely: my pride is not big enough to apologize.  If I am wrong in anything I do, I can man up and let it be known. I know way too many people who refuse to apologize for anything they do, especially if they are wrong.

I realized I was lashing out at any and every one last week because I was overextended from work. Juggling two jobs is hard as hell, and when you factor in graduate school it makes the situation that much more hectic. I reached the point where I was burnt out and instead of taking a moment to just cool down or rest, if someone annoyed me or pushed my buttons that got a taste of my temper.

It got me to realize that it’s okay to take a few moments to yourself every now and then. On top of that, sometimes having a moment of silence, a moment to yourself without anyone distracting you is a good thing. That allows you to decompress and realize some things that ‘might’ seem like big issues are small chips to some things others are actually dealing with.

In life you will encounter major obstacles and those that are minor. You have to be able to pick and choose your battles, I picked a battle last week that was meaningless worthless and showed that I can allow people to get under my skin when I shouldn’t. Better yet, I proved that I allowed something so simple and stupid to rattle my emotions for an entire day. Now that I reflect that is 24 hours that I wish I had back because I could have done some things that day a lot more productive than what I initially did. That’s the great thing about life: you live and you learn each and every day to become a better person.