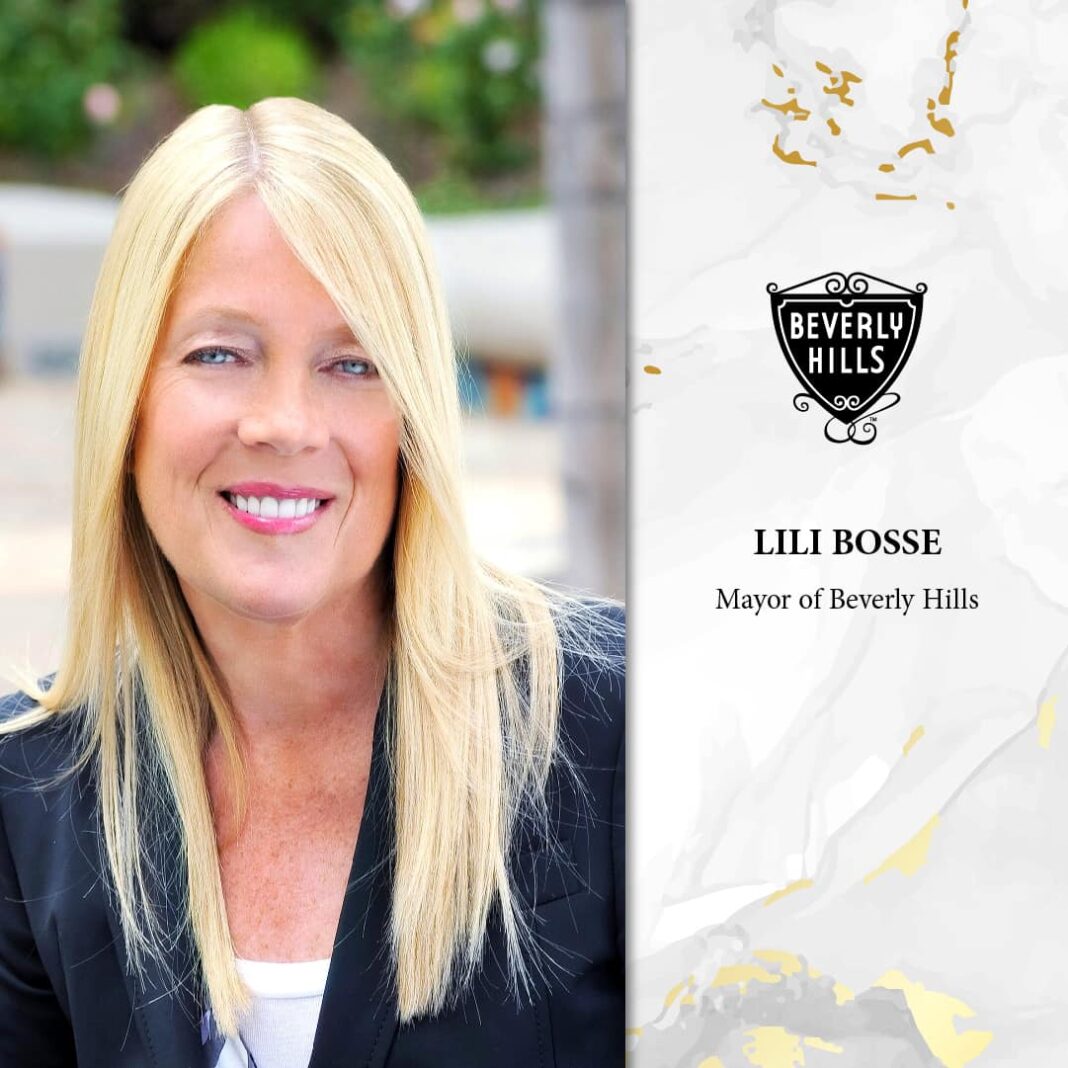 The city of Beverly Hills indicated in a press release, following the Mayor’s oath administered by Ambassador Nicole A. Avant, Mayor Bosse outlined her initiatives that include a focus on public safety, mental wellness, support of local businesses, and communication with the community. She introduced introduced BHPD alert, a text message tool to immediately notify the community on police activity in Beverly Hills.

In addition, a new Real Time Watch Center will allow for around-the-clock live monitoring of cameras across the  city’s residential and business corridors. Mayor Bosse announced the launch of LIVE 911 which will enable police officers to hear emergency calls live in the field as they come in, allowing them to immediately respond.

World-renowned spiritual teacher Deepak Chopra along with holocaust survivor, psychologist and author Dr. Edith Eger will bring their expertise and wisdom to Beverly Hills with programs focused on resilience and  healing in the coming year.

To help local businesses, Mayor Bosse will host Business with Bosse, showcasing the offerings and services of Beverly Hills businesses. She will also bring back the 60 second Shout Out at City Council meetings to honor businesses with a proclamation.

To continue engagement with the community, LIVE with LILI will be a new monthly town-hall style meeting where the Beverly Hills community will have the opportunity to share opinions on timely issues and topics directly with the Mayor.

“My passion and purpose on the City Council has always been to provide a safe and healthy City for the people and businesses of Beverly Hills: Healthy People, Healthy Economy, Healthy Government,” said Mayor Bosse. “I truly believe the initiatives I’ve outlined tonight will bring us back to the core soul of who we are: Police, Fire, Schools, Safety, Health and Community…Connection.”

Lili Bosse was first elected to the Beverly Hills City Council in 2011, and previously served as Mayor of BH in 2014 during the City’s Centennial year and again in 2017.

Suspension On Evictions, Rent Increases In Beverly Hills End May 31

Wiggin’ Out: Warriors A Win Away From NBA Finals