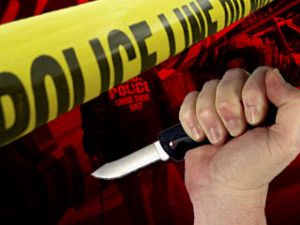 SHERMAN OAKS—On September 2, the California Attorney General reported that a man who was found wrongly convicted of the 1983 killing of his mother may be remanded back to prison after he reportedly failed to submit his release request within a required deadline.

Bruce Lisker, 45, was formerly accused of fatally beating and stabbing 66-year-old Dorka Liska in her home in Sherman Oaks.  The then 17-year-old Lisker had been under the influence of drugs at the time of his mother’s murder.  In 1985, he received his conviction and sentencing of 16-years-to-life in prison.

In 2005, an investigation conducted by the Los Angeles Times uncovered that dubious evidence had been used in the Lisker case, which prompted a federal judge in Riverside to rule that the evidence had been indeed false and that Lisker had not been sufficiently represented.

The judge overruled Lisker’s conviction in August 2009, and Lisker was released from Sacramento’s Mule Creek State Prison shortly afterward.  Lisker later filed a lawsuit against the City of Los Angeles and detectives who conducted the investigation, stating that they had violated his civil rights.

The Attorney General now reports that a motion has been filed in the U.S. District Court by Deputy Attorney General Robert David Breton, stating  that Lisker had failed to seek his release within a required deadline, in accordance with a separate appeals court hearing that ruled that inmates are to return to prison if they file late appeals. The new filing indicates that inmates need to submit requests for release within their filing deadline even if they are later able to prove that they are innocent of their charges. The motion, which does not argue against Lisker’s innocence, requests that Lisker handle the issue at an upcoming October 4 hearing.